Most individuals have a few SIM cards and SD cards lying around their homes, and you probably do too. They are very distinct even though at first glance it can seem like they are the same.

Today, we are gonna take a look at the differences between the memory card vs sim card.

What Are Memory Cards and SIM cards? 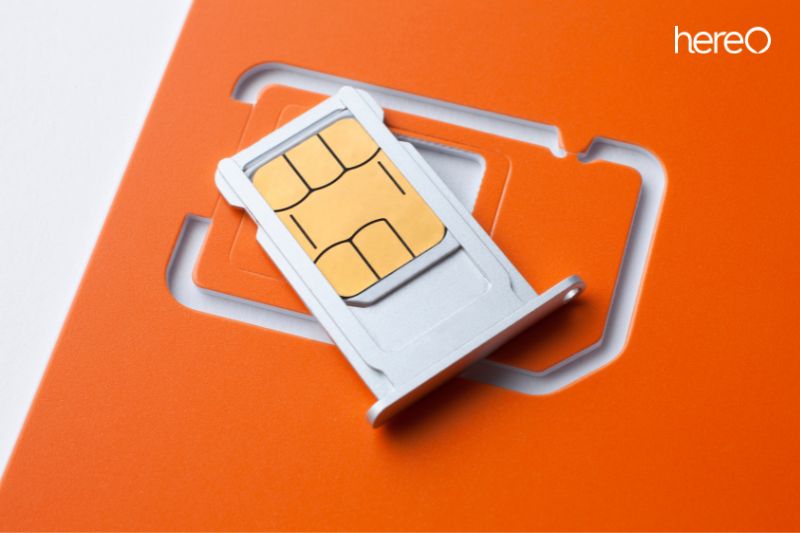 What Is a SIM Card?

SIM stands for Subscriber Identity Module. It identifies the user of a wireless network and contains data necessary to connect to that network.

A SIM card is a small chip that is inserted into cellular devices and used to identify users, enable them to make and receive calls, send and receive text messages, and access internet services such as email and web browsing. This chip stores information such as the user’s phone number, contacts, and other account settings.

SIM cards are interchangeable, so they can be removed from one device and inserted into another, allowing users to quickly switch between devices without losing their settings and contacts.

If a SIM card has been changed from its original configuration through hardware modification, it can be used in various kinds of equipment.

To use an old mobile phone with WAP services rather than GSM networks, for instance, would require installing a new sim card inside the device and changing some software settings to get it working again.

And to use a camera for conversion purposes, it might be necessary to swap out the memory card for a sim card and install an app to allow the device to make calls or access data.

What Is an SD Card? Data is kept on a small storage device called an SD card. You place it typically into your camera or cell phone to store files such as pictures, videos, and other types of data.

An SD card may also be referred to as a “Secure Digital Card” or a “SD memory card.” These cards have historically been used in digital cameras to record photos for the user, but they are now often found in a variety of electronic devices like tablet computers and laptop computers as removable media devices.

There are different sizes of SD cards: some which only hold less than one gigabyte while others contain up to 1TB. Today, the most common form factors include: The smallest size, mini-sized cards are roughly one-third the size of a standard SD card.

MicroSD cards: They are frequently utilized in smartphones and tablets, being a little larger than Mini cards.

The size of a full-size SD card is comparable to a postage stamp. These cards may be found in digital cameras, such as professional SLR camera bodies, that require to store a lot of data. The most common storage options available right now are 16GB, 32GB, 64GB, and 128GB, among others.

How to recognize them?

An SD card just has a few ports on one side, however a SIM card has a rectangular chip in the center that resembles one on a credit card.

While an SD card often has the manufacturer, model, and disk capacity mentioned on it, a SIM card will typically also include the logo of your mobile network provider. Even though they have similar looks, SIM cards and SD cards have distinct sizes, so theoretically you can’t make a mistake. Function Of A SIM Card

Function Of An SD Card

SD card is used to store data and information:

This is when an SD card in a phone, camera, etc. becomes significantly more significant. No matter how large the file, you can download it directly to your micro SD card from the internet. By copying the data to the micro SD card, you can make room on the internal storage of your mobile device. Even hundreds of gigabytes of data can be stored on them.

Your SIM card is unable to perform these functions. It has a little memory of between 64 KB and 256 KB. Only a few text messages and contacts can be kept on the SIM card.

You may create accounts using your SIM card for services like banking, WhatsApp, Telegram, and many others that require a phone number to log in.

An SD card can’t be used for this. No account of any type is opened using an SD card. Can you put a sim card in a microSD slot?

A SIM card cannot be inserted into a micro SD card slot. The format of a SIM card is entirely different from that of an SD card. They can’t get along with one another.

Can you use an SD card reader with a SIM card?

No, they simply don’t have the identical connections or interior components. They vary in size and shape, to begin with.

Is it better to save to your phone or your sim card?

More contact information, including an email address and residential address, is stored in the phone’s memory. A SIM pin will prevent someone from removing your SIM card from the phone and attempting to make calls or use it in another phone. Both are secure in this regard.

Thank you for reading this article from hereOfamily. We hope you enjoy reading!