There is no denying that audio is a crucial component of contemporary entertainment. But you need the correct tools to experience it to the fullest. Whether mono or stereo audio is preferable to accomplish that is frequently brought up in this issue. In this article, we will discuss mono vs stereo headphones.

What is Mono Audio 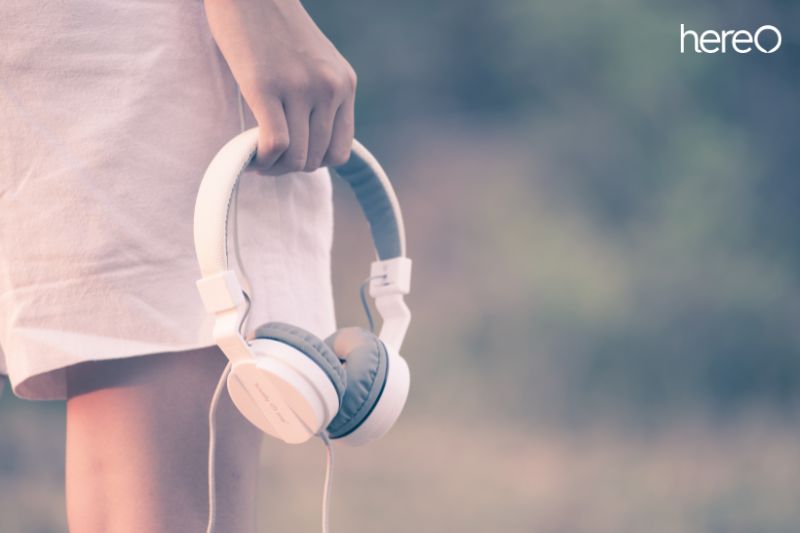 The term “mono,” which means “one sound,” is short for monophonic or monaural. This is a reference to mono audio, which only employs one audio channel for playback or recording and just one audio signal.

A mono recording is one “track” of audio that is meant to be heard and is made using just one (point) source, typically a camera or a microphone. In this manner, only one signal is transmitted to the receiver.

Thus, when received by the receiver, this sound can be played back through either headphones or a single loudspeaker placed in front of the listener. A mono signal is a single audio channel that is often recorded using a single camera or microphone. There are numerous distinct sources of mono sound.

The most frequent source is when a speaker or pinhole close to the listener’s ear allows sound from an electronic device to pass through.

The built-in speaker on your television could serve as an illustration. It is referred to as “monaural” in this case since there would only be one channel of sound being reproduced through both of the listener’s ears.

Mono audio typically has a flat, constrained, and less dynamic tone. This is due to the fact that every audio component is crammed onto one channel and is played at the same volume.

On a 2D plane, it usually appears to be coming from a single point, usually the front or center.

A mono headset has numerous benefits even though it won’t produce a similarly realistic experience:

Mono headphones are still often used in the following situations because of their benefits:

What is Stereo Audio Stereo audio is a type of sound recording that produces a three-dimensional sound. By using two separate audio signals for two separate channels, stereo audio creates a perception of space and depth.

This is the default setup for most headphones and allows for fuller, more dynamic sound because it isn’t limited to a single audio channel.

Stereo audio is recorded using two microphones placed in different positions relative to the audio source. This is called “true stereo” and results in a more detailed, realistic, and 3D-like sound quality.

It also allows for multi-layer tracks to be created and tweaked to enhance the overall depth and detail of recordings.

Because stereo audio isn’t constrained to a single audio channel, it often sounds broader and more dynamic. Using several channels gives all the various components and layers on a track more room to shine. And as a result, the sound is more realistic, detailed, and 3D-like.

Binaural audio is another type of stereo audio. It is recorded using a dummy head with microphones outfitted in both ears, allowing it to capture the sound exactly as it would be heard in real life.

Binaural audio can be used in professional ASMR recordings and live music performances.

When using stereo headphones, both ears are covered, which makes them better at blocking out noise. Stereo headphones also allow for a more realistic experience since the audio signals sent to each ear are slightly different, simulating how sound is heard in real life.

Stereo headphones offer a range of advantages over mono headphones. By having two audio channels instead of one, stereo audio is able to provide a fuller and more dynamic sound that is more detailed and realistic.

It also allows music producers to control the listener’s experience by how they feed audio to each speaker. Many sound productions are produced in stereo, so listening to stereo headphones can provide an authentic experience as intended by the music producer.

Stereo audio also creates a more realistic experience that has depth and a sensation of location.

With stereo on a stereo headset, different signals are sent to each speaker so that each ear is able to pick up different signals. This more accurately simulates how we normally experience audio around us.

Because it produces experiences that are so realistic Everywhere you look, you can hear stereo. What you can hear is:

Add stereo headphones to your gaming gear so you can experience stereo tracks in video games as well.

Difference Between Mono vs Stereo Headphones Mono audio just needs one channel because all speakers in the system receive the exact same sounds. A stereo system, on the other hand, makes use of two or more channels.

Each speaker will receive a different audio track from each channel. There are often two channels when using stereo headphones. Stereo systems, however, can utilize many channels for the best results.

One microphone will be used to record mono audio. In contrast, you record each signal independently to create stereo tracks. This enables the system to transmit each one to a certain speaker via a different channel. Depending on how it was recorded, the audio will come through your headphones.

Recognize that one might not always be of a greater caliber than the other. Stereo headphones are often of superior quality. Quality mono headphones, however, will guarantee that mono music sounds their best as well.

Your track must work with your headset. On a stereo headset, a mono recorded sound clip does not necessarily sound superior. To get the most out of a stereo recorded product, though, stereo headphones must be compatible.

Stereo music cannot be played in stereo on a mono headset. Concerns about compatibility also exist with regard to the source of the sound.

Mono sound is frequently heard on phonograph records, AM radio, and disc recordings. While both can work with FM radio and micro CDs, you’ll notice that VCR formats employ stereo sound. Mono recordings are not available on audio CDs or 8-track tapes.

More modern technology is used with stereo headphones. As a result, you can anticipate them to cost more than mono sets.

In mono recordings, localization is absent. The realistic effect you’re looking for is provided by sound localization in stereo audio.

Which is Right for You: Mono or Stereo When looking at mono vs stereo headphones, there isn’t necessarily a better option, but rather one that works better for your application.

If you’re using your headphones for gaming, movies, or modern music, you’ll need a stereo set for optimal sound quality. On the other hand, if you’re using them for communication purposes such as Skype interviews or webcams, you don’t need to spend a lot of money on a stereo set.

It’s also important to consider the source of the sound. Mono sound can be found on disc records, AM radio, and phonographic cylinders, while stereo sound is typically used on VCR formats.

Both types are compatible with FM radio and mini discs, but you won’t get the same sound quality with a mono headset when listening to stereo recordings.

FAQs about Mono vs Stereo Headphones What is better, mono or stereo for gaming?

For gaming, stereo is and will always be preferable than mono since it produces a far more realistic sound.

What is mono audio good for gaming?

It’s an excellent method to enhance your game’s speed and save space in your build to force stereo/multichannel audio files to mono. A stereo file requires double the amount of storage space and computer resources for playback because it has two channels instead of just one.

Is stereo sound good for gaming?

In general, stereo sound is preferable for games like intense shooters. Surround sound may enhance immersion in various contexts, such as in open-world games, flight simulators, and racing simulations.

Is mono recording better than stereo?

Both vocals and other instruments can be recorded in mono. Drums and even an acoustic guitar sound great when recorded in stereo. You can create a tune that sounds nice anywhere using mono blending.

No matter if you’re a casual listener or an audiophile, it’s important to find the right headphones that can deliver the audio experience you are looking for.

Mono and stereo headphones both have their advantages and disadvantages, and the choice between them depends on your preferences. To make sure you get the most out of your audio experience, take some time to carefully consider the type of headphones that would be the best fit for you.