An essential piece of gear for any videographer is a tripod. You can get sharp pictures if you use the correct tripod. There are many different types of tripod head attachment for video purposes, but fluid head tripods stand out the most. So, what is a fluid head tripod?

What is a Fluid Head Tripod? 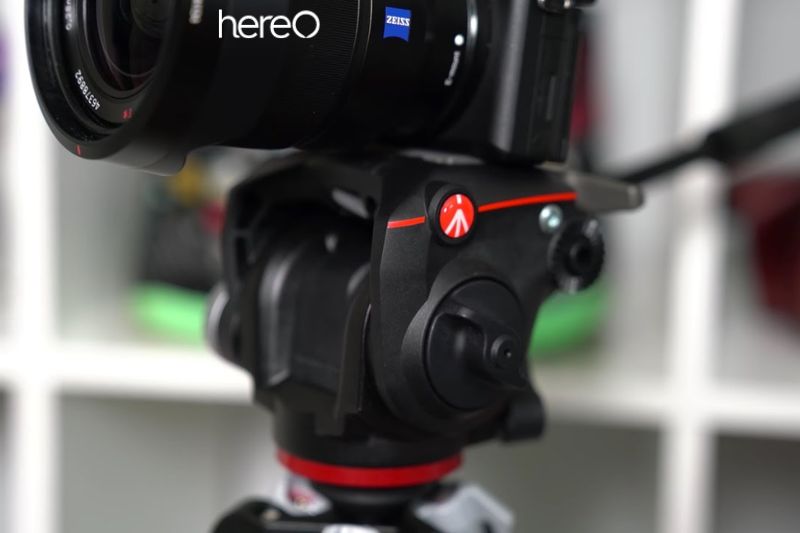 This is made possible by the tripod’s moveable fluid-filled cylinder, which stabilizes your camera as you move it.

You can tilt the camera up or down as well as side to side, as well as move the camera in any way. These tripods are excellent for people that need a lot of motion. The fluid head may rotate 360 degrees and move up, down, left, and right. You may easily capture images from various angles and locations thanks to this.

Any videographer who wants to get smooth shots that are free of vibrations and shakes should invest in a fluid head tripod.

A fluid head tripod is also known as a fluid video head, fluid video tripod, or just a fluid tripod.

What is the difference and why do you need it? While there are many various tripod designs that may be utilized for filming, the fluid head tripod is a little more sophisticated.

A fluid head tripod is distinct from other varieties because it features a cylinder that is filled with fluid to help balance the weight of the camera when it is in the shooting position. When recording video, this makes motions more fluid.

For filmmakers, a fluid head tripod is a terrific investment since it makes it easier to achieve steady shots that are free of vibrations and rattles. Because you can move the camera in any direction, it also enables you to be more inventive with your images.

Counterbalance: A feature of a fluid head that keeps your camera within its field of view at the angle you last set it to.

Fluid Drag: Instead of employing friction to produce that drag, the grease or oil that is trapped between the plates in a sealed pack serves as torque dampers.

Handle Length: It is simpler to execute delicate, fluid movements the longer the handle is. Slide a tiny PVC pipe or other lightweight pipe over the handle to expand its length as a simple hack for improving the performance of a less expensive head.

Tension Control: You want to have the option to change the tilting tension as well as the panning tension.

Weight: Heavy cameras can be carried by heavier heads. It’s that easy.

What Really Matters About Fluid Heads

When purchasing your tripod or monopod head, use caution and pay attention to the dampening mechanism. Having said that, it’s crucial for you to specify how exactly you plan to employ a fluid head.

Most point-and-shoot cameras are generally content with a head that uses a “fluid-like” technique for their video.

Advanced amateurs could pick an entry-level real fluid head built by a firm with a solid reputation for producing cost-effective, high-quality photographic equipment, such as Manfrotto or Benro.

High-end professionals employ heads with numerous gears and knobs that cost thousands of dollars to control the movement of their cameras in different ways.

Reading reviews published by customers about particular kinds of fluid heads is one of the greatest ways to conduct research into choosing the best monopod or tripod head. These reviews can be both favorable and negative. 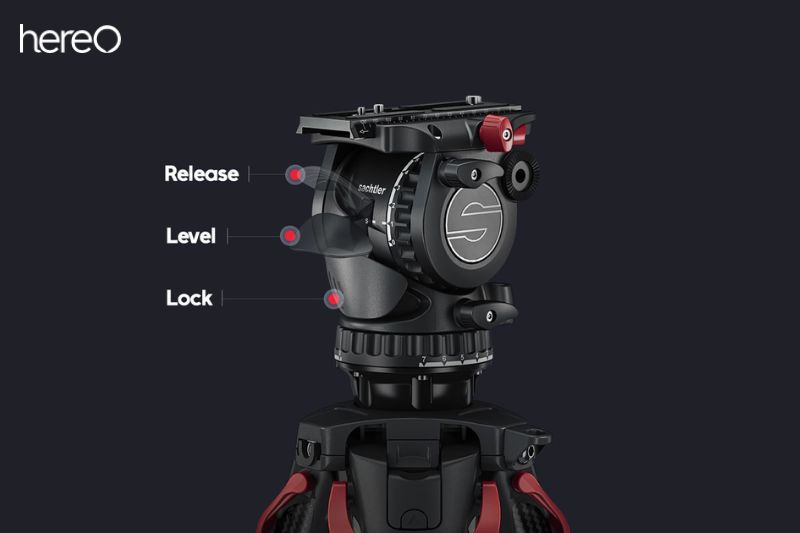 They are more stable than other tripods in the first place. You always get clear shots because the fluid head dampens vibrations while you pan, tilt, or roll the camera. Because they are easy to move around, they also make photography more comfortable.

You can pan and tilt the camera with ease while utilizing a fluid head tripod, which is its main benefit. This is especially crucial if you’re shooting interviews or other sequences involving conversation that call for fluid camera motions. With this kind of tripod, you can move the camera without difficulty and acquire a shot that isn’t shaken or vibrated.

Utilizing a fluid head tripod also has the benefit of making it simple to move the camera in any direction. The camera is simple to pan, tilt, roll, or even revolve.

This is crucial if you’re filming videos that call for fluid camera motions, like dialogue-heavy situations or interviews. You can move the camera easily and capture a shot free of rattles and vibrations with this kind of tripod.

Because you can change the tension on each axis separately, a fluid head tripod also gives you more control over your camera. This is especially helpful if you’re shooting interviews or other sequences involving conversation that call for fluid camera motions.

With this kind of tripod, you can move the camera without difficulty and acquire a shot that isn’t shaken or vibrated.

Tripods with fluid heads cost more than other kinds of tripods. They are not the best for traveling because they are bulkier. Before you begin shooting with the fluid head, you might need to practice using it because it can be challenging to use.

A fluid head tripod, however, is pricey and bulky if you’re shooting videos that need smooth camera movements, like interviews or scenes with dialogue.

Why Should You Use a Fluid Head Tripod? For videographers who want to be creative with their pictures, a fluid head tripod is fantastic. Fluid head tripods are an excellent investment because you don’t frequently have the opportunity to capture images from so many various angles.

With your photographs, you can use creativity to make them stand out. Especially if you’re making videos for social media, this is crucial.

How To Use a Fluid Head Tripod?

Here is a video explain details of how to use a fluid head tripod:

Other Types of Tripod Head It moves around using a ball structure, as the name would imply. Any ball head will have a spherical ball resting on a groove and a piston attached to one end of the ball that connects to the mounting arrangement. Manufacturers use different mounting techniques.

It is among the most widely used tripod heads. You may set your camera in practically any angle using the ball construction.

Pan and Tilt heads are a suitable choice if you wish to limit your camera movement to two axes and are not interested in the multiple angle option. Two handles—one for horizontal movement and one for vertical movement—will be included.

If you are doing wildlife or bird photography, then you would be using the 500mm and 600mm super telephoto lenses. Here, you need to get the perfect balance and stability with your camera and lens combination to get the shot, if you are using a tripod. So, you need to go with a Gimbal head for your tripod. This tripod head uses a battery-powered motor, as the name would imply, to achieve precise movement. The majority of them have built-in buttons in the head that allow you to change the speed and precision while still using a rechargeable battery as the power source.

A tilt head can be a fantastic choice if you take your photos using a monopod. They are made especially for monopods.

With a tilt head, only vertical movement is permitted. You must turn the monopod in your hands to move it horizontally. The head is not necessary for the pan action. 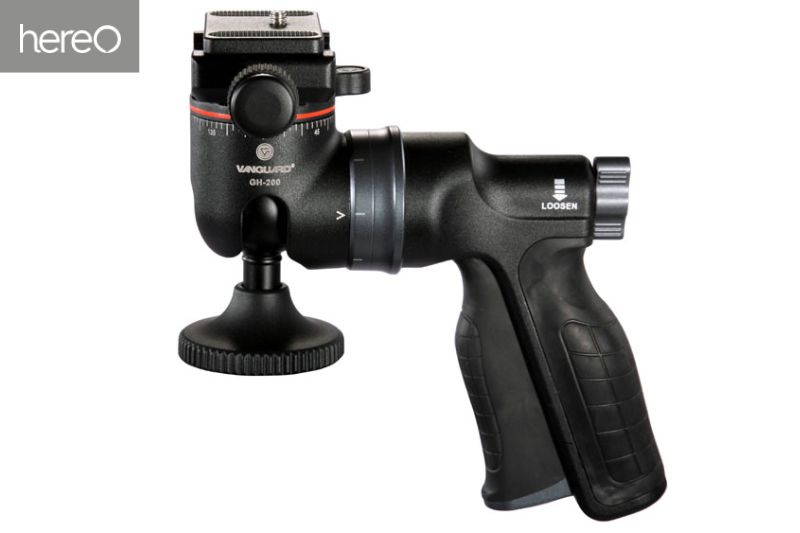 A ball head with a pistol grip is known as a pistol grip head. Is it only a handle change, then? No, by pressing the trigger button on the pistol, you can adjust the tension in the ball joint.

Remove your fingers from the trigger button after you are satisfied with the camera position, and the head will lock into that position. Pistol grip heads are not commonly used by photographers.

The ordinary panoramic heads would be the best option if you are a panoramic shooter but don’t have the money for motorized heads. The tripod head in this instance enables horizontal camera movement.

A three-way tripod head is a fantastic choice if you need precise mobility. It is comparable to the ball head, which enables three axis of camera positioning.

To individually operate the three axes, it will have three lever handles. This sort of tripod head’s biggest drawback is how time-consuming it is to set the camera.

FAQs about what is a fluid head tripod What is the difference between a friction head and a fluid head?

Fluid heads have thick oils or grease between the metal pieces, whereas friction heads are formed when two pieces of metal are forced together by a screw.

Which tripod head is best for wildlife photography?

The “holy grail” of wildlife photography is the gimbal head. This indicates that it is regarded as the finest choice for photographing wildlife or any subject that is moving quickly. Any wildlife photographer who uses powerful telephoto lenses should invest in this tripod head.

Can you use a fluid head for photography?

A fluid head, made primarily for video, can be used just as effectively for photographs as a ball head, and is much more useful for tracking and panning. It is, however, necessary for video.

Thank you for reading this post from HereOfamily. We hope you enjoy your reading!