Image stability is important. If you want to ensure that your shots are precise while filming a music video, TV episode, web series, or movie, you may want to invest in a gimbal. But what is a gimbal? And why do so many videographers use them to move their cameras?

What Is a Gimbal? A gimbal is a pivoting support that enables one-axis rotation of an object. A typical three-axis gimbal enables a camera to be mounted on it to move independently of the person holding the gimbal. Pitch, yaw, and roll are the three axes that are mentioned.

The pitch axis (i.e., tilt) refers to the up and down movement of a subject. A good example of when to work with the tilt, is when you’re trying to capture objects falling down, or a subject coming down the stairs.

The yaw axis, also known as pan, describes movement from left to right and can be used to record objects moving horizontally.

Additionally, objects with off-center or unleveled angles can be captured using the roll axis (also known as the Dutch angle).

These three-axis gimbals are excellent for videographers since they guarantee that a camera’s motion is stabilized regardless of the movement.

How Does A Gimbal Work 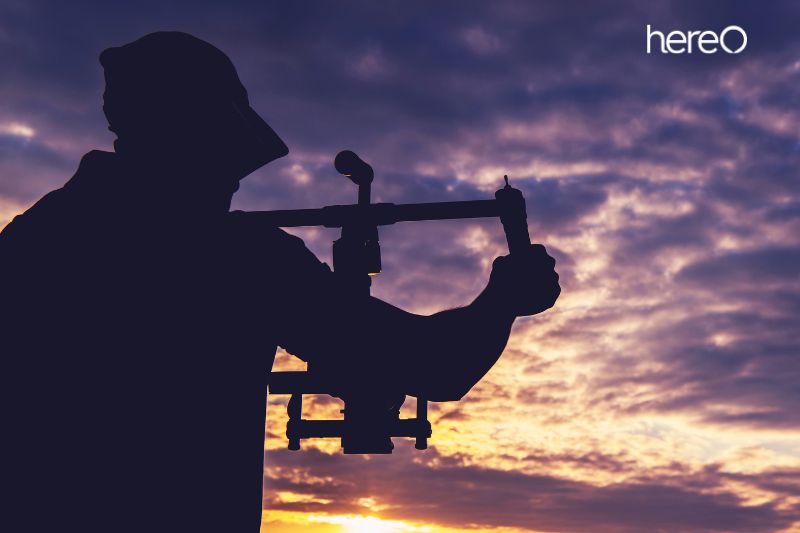 Gimbals are a more modern, “digital,” type of small stabilizer. They possess a tiny brain of their own and utilize advanced motion detection techniques to distinguish between the videographer’s deliberate actions and unwelcome camera wobble.

Let’s think about your phone for a moment. It most likely features built-in accelerometers and gyroscopes, allowing it to detect when the screen has been turned over or lifted off the table.

A gimbal includes all of that sensing capability in addition to some pivots that can move and a camera mount. The mounted camera can be perfectly steady by using quiet (obviously you don’t want the sound of motors being picked up by the mic!) brushless motors that perform micro-adjustments to the arms.

It works similarly to when you raise up and move a chicken around:

A Closer Look At The Science Behind Gimbals Every physical item has the ability to spin in three directions: pitch, yaw, and roll. If you’re accustomed to setting up camera tripods, you’ve definitely made adjustments in all three axes to get that perfectly aligned photo.

Obviously, a camera that is moving will cause random, undesirable movement in all three directions. However, by creating movements in the opposite direction, it is feasible to successfully counteract such movements. Pitch, yaw, and roll movements are basically reversed, and presto, we have a perfectly stable camera.

IMUs, which are simply motion and rotation sensors used in motorized gimbals, provide movement data to a computer instantly, which then determines how much countermovement is required in each axis.

Of course, sometimes the cameraperson will deliberately tilt the camera. The computer therefore uses advanced heuristic algorithms that can tell when the movement was deliberate or not. 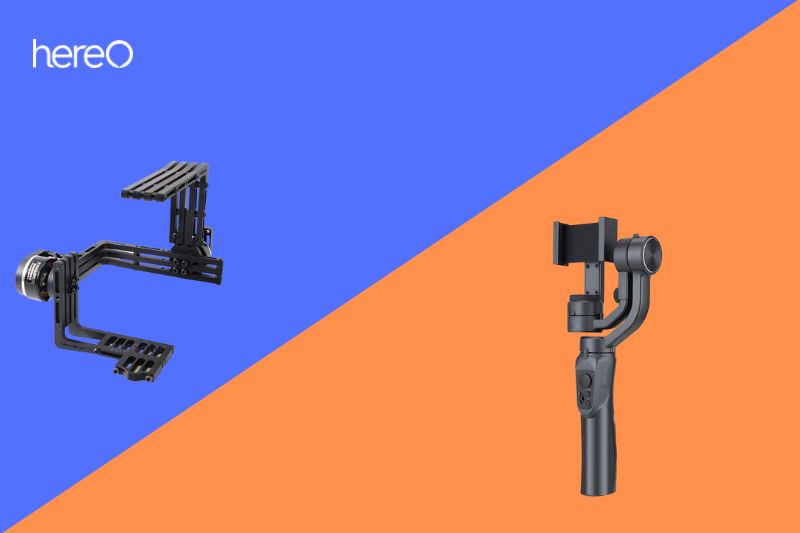 The majority of gimbals will either have two or three axes. You probably already realize that a 3-axis is better. A 3-axis gimbal is more expensive, though, and the additional pivot may not make a difference that justifies the higher price.

A two axis gimbal can rectify a camera that is rolling from side to side or pitching forward and back. It won’t stop unintentional yaw axis motions. On the other hand, a three axis gimbal does counteract unintentional motion in the yaw axis, producing even more stable footage.

It’s likely that you will be able to control the camera shake when capturing videos, especially in one axis. Therefore, a 2-axis gimbal is excellent for many uses.

The drawbacks of a 3-axis gimbal are distinct. It weights heavier since it has an additional pivot. If you intend to use it with a camera drone, where a greater load will shorten the drone’s flight time, this is a particularly significant drawback.

Additionally, a 3-axis gimbal has a third motor. The additional motor causes the gimbal to use more battery power, resulting in a lower battery life.

Reasons To Get A Gimbal 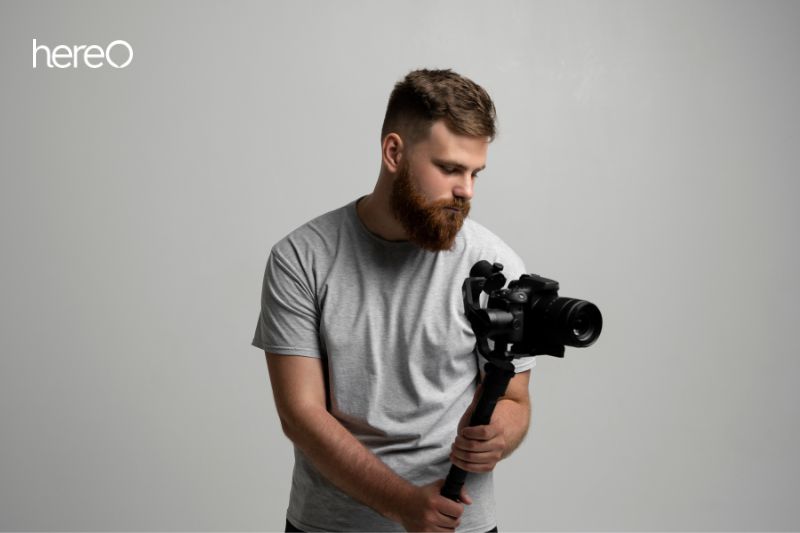 Even though action cameras are some of the greatest professional cameras available, you cannot simply use your hands or a standard handheld stick to obtain the best results. Your content would be utterly destroyed by the shocks and vibrations that would come with recording a high-motion video.

To complete your mission in the most efficient manner, you must have a gimbal.

The most versatile addition to your camera has been proven to be the gimbal. The gimbal offers a variety of cutting-edge shooting capabilities and approaches in addition to the stability that is guaranteed.

They can be really helpful to you because of their simple connectivity through cellphones, subject tracking, and concentrating skills.

Some gimbals do have various shooting modes and methods to help you capture the best shot ever. In other words, the gimbals are the all-powerful that enable you to complete the mission in the simplest manner.

One more important aspect to take note of is flexibility; this camera stabilizer typically has the most expert flexibility. They allow you to shoot high-quality video in any weather.

You can wear their model like a ring or carry it in your palm; they function flawlessly and give you the freedom to take photos online. Some of the gimbals can also connect to any smartphone, enabling you to use your phone as a professional camera as well.

The reliability of camera stabilizers is excellent. Your advanced camera is a priceless possession that you don’t purchase every day, therefore you need to be completely confident in its dependability.

Gimbals are a dependable tool that give your camera or smartphone a tight grip, preventing any inadvertent drops, smashes, or other mishaps. This ensures that your priceless camera is kept safe and secure.

The gimbals often weigh the least and are the smallest in size, which adds to their mobility and makes them simple to transport. They are small enough to put in your backpack or pocket, and getting around has been simpler.

Additionally, they are the most comfortable and functional, necessitating less maintenance, which makes things simpler. 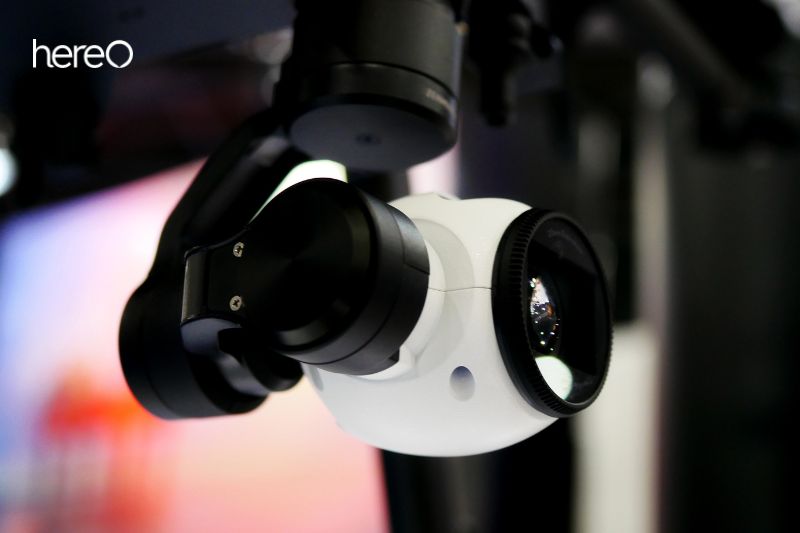 Some gimbals on the market might not be able to support common digital cameras. Some are simply designed to support smartphones and small cameras. Therefore, it is strongly advised that you buy a Gimbal that is compatible with the weight of your camera rather than picking the cheapest option.

It can take longer if you frequently need to change the camera lens to adjust the focus. Every time you wish to change your lens in an effort to take a wide shot, you must recalibrate to the gimbals. This could prevent you from getting some worthwhile pictures.

Gimbals can be highly costly for someone with a limited budget. A gimbal for a smartphone or GoPro costs far less than one for a full-frame camera because pricing scales with the level of support. Expect to initially pay anything from $100 to $1,000, depending on the size of your kit.

What To Look For When Buying Gimbal 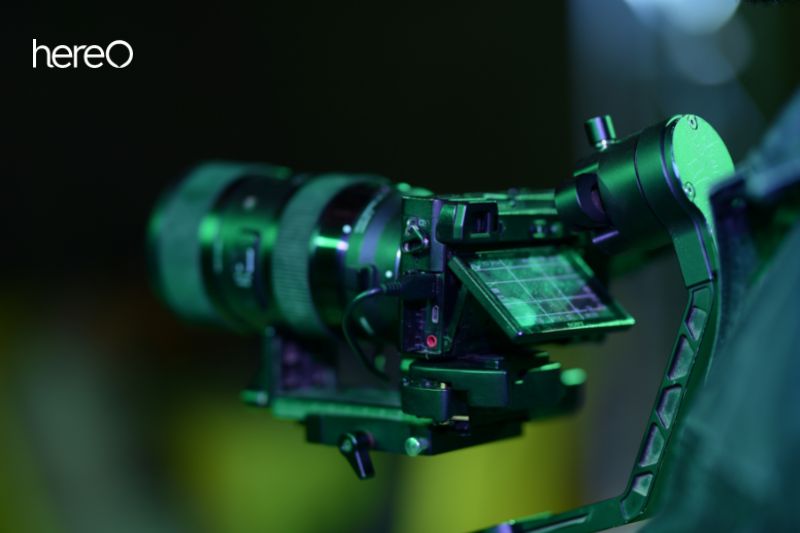 If you’re buying a gimbal for the first time, cost might be your top priority. This is particularly true if you’re experimenting with videography as a hobby or are just getting started. After all, if you’re still learning, you wouldn’t want to spend too much.

Because of compatibility, several gimbals receive unfavorable reviews. This is particularly true for some gimbals that can only be used with particular camera types. So make sure the gimbal is compatible with the equipment you already own before adding it to your basket.

This is another thing to think about, especially if you intend to travel a lot or film nonstop. If you’re often on the move, you might want to think about bringing extra batteries with you.

Additionally, it would be helpful if your gimbal had an adaptor for common AA or AAA-size batteries. This is due to the ease with which these batteries can be found at convenience stores all over the world.

Your gimbal should have attachments for them if you intend to film in different settings where you’ll need on-camera lighting, a microphone, or even an external LCD. You can shoot more easily this way, and you won’t need a helper to carry other accessories.

In certain situations, you might need to consider a gimbal’s additional functions. You can automatically track your subject and keep them in the camera’s field of view using some gimbals.

This is especially useful if your subject is constantly changing locations. By making sure that what you are filming won’t exit the frame, you can keep your clip smooth.

FAQs about what is a gimbal Is it worth getting a gimbal?

A gimbal is a worthwhile addition to your equipment if you’re a beginning or seasoned videographer who is serious about producing high-quality videos. Without one, handheld video is quite unpredictable. Due to movement restrictions, you might have to settle for less compelling photos.

Does a gimbal make a difference?

Without a doubt, a gimbal is an amazing tool that can produce dynamic, moving shots that are so smooth the camera appears to be floating in the air.

Anyone who has used a selfie stick will be able to understand the fundamentals of using a gimbal. Before turning on your gimbal, it’s important to adjust and balance your camera to prevent any vibration or shaking when you start filming.

A gimbal is a device that helps to stabilize a camera. Many videographers use gimbals to get smooth, stable shots while moving the camera around. If you’re interested in getting started with using a gimbal, check out our guide on how to choose the right one for your needs.

Thank you for reading this post. HereOfamily hope you enjoy reading!