The lenses of cameras are prone to fogging up, just like those of glasses, bottles, and windows. No photographer like taking images via a foggy camera lens, despite the fact that many of them enjoy capturing a foggy beer glass with drips all over it. So, what should you do when your camera lens is foggy?

What is Lens Fog? Why My Camera Lens Is Foggy You’ve seen a fog inside your camera, but it’s not actually fog. In reality, it is a layer of condensation. The process of condensation is the opposite of evaporation in that it involves the return of liquid water from a gaseous state in the air. Vaporization is the process by which water molecules transition from a liquid into a gas.

When there are significant variations in the air’s humidity or temperature, moisture will build up inside your lens.

It can happen when you take your camera from a relatively cool environment, like your hotel, out into a hot and humid geothermal area, or at any time when your camera is unprotected from atmospheric conditions like rain, sleet, or rogue spray from a waterfall.

It can also happen when you come inside after being outside in the cold.

Condensation typically occurs when the exterior of your lens is cooled below the air’s so-called “dew point.”

As a result, the water vapor turns back into moisture, resulting in beading and fogginess on your lens’ inner components. The presence of condensation won’t harm your camera. Additionally, a fogged lens does not necessarily indicate that your equipment has suffered any long-term harm.

However, you should be concerned if condensation accumulates behind the lens over time since this could lead to the development of mold. It goes without saying that mold may and will ruin the internal components of your equipment.

Having said that, the best approach is to try to avoid condensation from forming within your camera or lenses whenever you can, and to remove the moisture as soon as it has once it does.

How to Prevent Camera Condensation 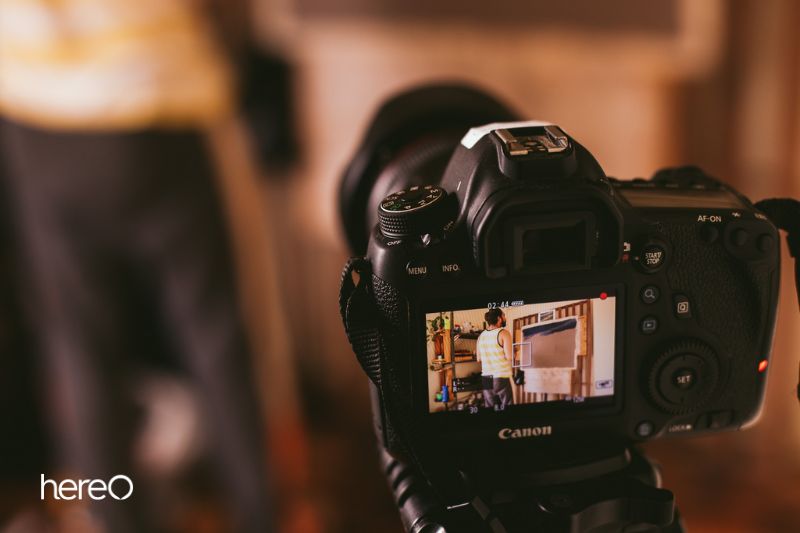 Maintaining your camera’s and lens’s temperature above the dew point is the key to preventing condensation. Although at first glance this may seem extremely scientific and complicated, you don’t even need to know what the dew point is in order to follow these instructions.

A change in temperature on the interior of your camera or lens can happen when you expose it to different temperatures, such as when you go from the blustery, rainy, freezing conditions of winter in Iceland back to your car or hotel.

Condensation may occur on your camera if it is moved right away into a warmer environment after spending a long time outdoors in a cold climate.

The best thing to do is to make sure that your camera is covered if you already know that the weather outdoors will be excessively cold, warm and humid, or that there may be a chance of getting wet.

You can either DIY your own rain cover or purchase one from a camera store or online. A rain cover is essentially a thin sheet of plastic that you place over your camera to keep it dry. A plastic bag or a sandwich bag from your own lunch could also be used.

The protection provided by a rain cover will help keep your camera dry, but it won’t do much to keep it safe from the cold. Instead, you might use your waterproof ski jacket as a cover—if you’re ready to part with it, that is.

Alternatively, you can keep your camera warm by keeping it near to your body.

However, this could be challenging because the last thing you want to do is accidentally knock it off the tripod while shooting a picture. However, you won’t want to expose your fingers to the full force of the biting wind.

Some people claim that handling your camera without gloves may transmit some heat from your skin to the camera itself.

Allow Your Camera Gear to Acclimatize

The idea is to gradually introduce these extreme fluctuations in humidity and temperature while making sure that the air does not directly contact your glass. Condensation can be avoided quite easily; all it takes is a little perseverance.

Make sure your equipment is safely tucked away in your camera bag and that all zippers are closed before venturing into a setting that is noticeably different from the one you’re currently in.

The majority of camera bags have good padding to safeguard your equipment. This cushioning also serves as insulation, preventing sudden changes in air pressure and allowing your gear to gradually adjust to the new environment.

Your gear may need to acclimate for many hours in the bag, depending on the temperature changes and how much of it there is. However, it’s really simple to remember and the only surefire technique to stop any moisture from accumulating.

Place your camera in a plastic Ziploc bag for added security before entering your new surroundings, and then put the bag into your camera bag. This will add an additional layer of defense and stop the new air temperature from directly hitting your camera.

What To Do If The Camera Lens Is Foggy Already? 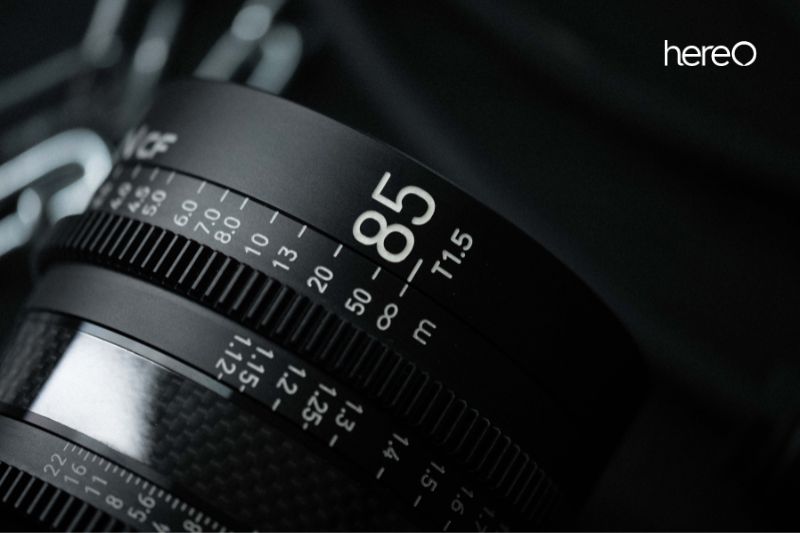 Don’t freak out if moisture has already developed within your camera or lens. In order to quickly get back out shooting, there are a few things you may do to eliminate the moisture. However, the most crucial thing is to keep your camera’s lens attached. This might cause more other sections of the elements to condense.

If your lens is foggy yet you’re out shooting, consider getting in your car and turning on the heater. Make sure not to turn it on full blast; you only need enough heat to gradually raise the camera’s and lens’s internal temperature in order to evaporate the moisture. It can take anywhere from 15 minutes to an hour to complete this.

If your lodging is nearby, you can try using a hairdryer on low heat there. To prevent the heat from being focused in one area, be cautious to wave the hairdryer around.

While some individuals travel with silica gel packets, we go a step further and bring silicone kitty litter in ziplock bags. Both are excellent because they are both constructed of sodium silicate, a material that can hold 40 times its weight in liquid.

Place some silica packets next to the camera and lens inside your camera bag together with the rest of your equipment. For greater airflow and complete moisture absorption inside your camera, make sure to remove the battery and memory cards and leave these compartments accessible.

You might need to work on this for several days if the situation is serious and your camera is still producing photographs that appear foggy. To help all the inside components dry up, it would be preferable to put silica gel packs in the plastic bag rather than a towel.

To ensure that the gel packs draw moisture from the camera and not the air itself, keep the bag airtight.

Although it’s better to prevent condensation altogether, only the most extreme situations when a significant amount of moisture or water has entered the camera will result in long-term harm, so don’t worry if your camera fogs up sometimes.

You should be fine if your camera is still functional; just make an effort to prevent condensation in the future.

What not to do

As your lens getting foggy, there’re something you should avoid doing if you don’t want the situation to get worse:

Avoid wiping the lens: Nothing but streaks will result from this, which you will need to clean off your glass or filter. You merely need to let the moisture to spontaneously evaporate because it is already present.

Don’t detach the lens if it’s already attached: Don’t touch your camera. You don’t want to add more condensation to the inside of your camera or the lens’s other end.

FAQs about Camera Lens Is Foggy What to do if the inside of my phone camera lens is foggy?

When a camera lens is internally foggy, moisture has somehow managed to get past the camera housing and accumulated inside the lens. You’ll need to dry out your phone, which will allow the moisture to leave, to get rid of this fog.

How to remove fog from camera lens?

Utilizing silica gel is one of the most popular and efficient methods for removing moisture from camera lenses. In order to dry out electronics and even camera lenses, silica gel is used. It is easily accessible at department stores, craft stores, and other locations of a similar nature.

Would a DSLR camera be damaged in foggy weather?

Your camera’s sensor and lenses may become moist due to humid weather or atmospheric moisture. Fungus may grow as a result of this. Makes your lenses useless.

The ability to prevent a foggy lens could mean the difference between getting great shots and walking home empty-handed. So be sure to take the temperature, dew point, and humidity of the camera into account. Allow your camera and lens some time to adjust, and bring enough batteries to run all of your photographic equipment.

Thank you for reading! HereOfamily hope you enjoy reading this post.