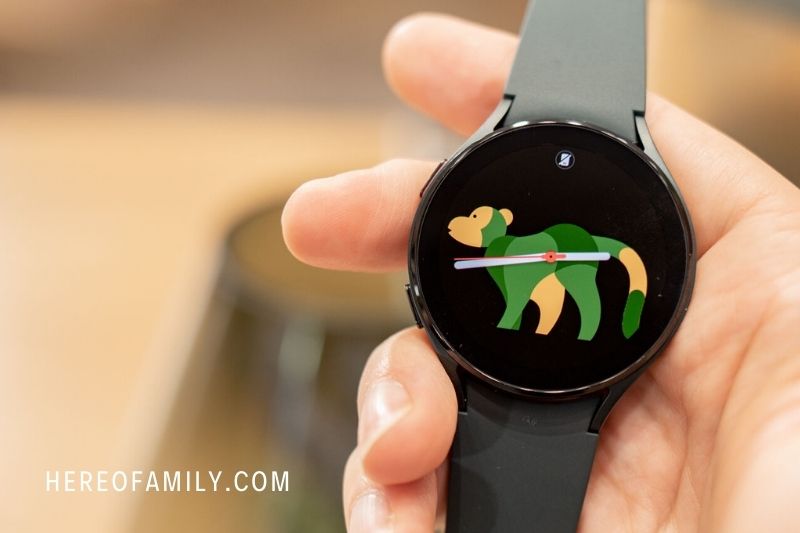 At the time, the watch boasted two eye-catching features: a camera and a speakerphone. The camera was embedded in the watch’s strap and could take 1.9MP photos and record 720p video.

Samsung positioned the camera as an opportunity tool to utilize when your smartphone wasn’t around. Samsung did not want people to spy on each other, even though having a camera on your wristwatch makes it look like you’re a spy.

Because of the 4GB of capacity, video capturing was restricted to 10 minutes. The quality of the images and films was, at best, poor, which was understandable given the limits of the technology at the time. Because the camera was part of the strap, there was no need to change the straps.

The camera was embedded in the watch’s strap and recorded 1.9MP photos.

Speakerphones are now standard on smartwatches, although they were not before 2013. The speakerphone offered just enough volume to handle your voice calls in calm areas. It was possible for people who owned the Gear to call phone numbers and give commands through Samsung’s S Voice tool.

The Samsung Galaxy Gear does have certain drawbacks. It lacked Wi-Fi, LTE, and any other means of connecting to the internet on its own. It was completely dependent on the Galaxy Note 3 for connectivity.

The charger was a disaster. It was a clumsy construction that behaved more like a clamp than a cradle around the watch. The watch could not function as a solo music player, but it could control the music app on the paired phone.

The phone ran Google’s Android operating system (before Android Wear) with a strong user interface overlay regarding applications. Samsung said that the UI was simplified to make the watch simpler to operate with a single finger when on the go. A single hardware button returns you to the home screen. It came with various watch faces and basic applications like a stopwatch and pedometer.

Third-party applications were also available, including Evernote, eBay, MyFitnessPal, RunKeeper, and Tripit. There was also a “find my phone” feature that may have assisted you in discovering your misplaced Galaxy Note 3 if it was within Bluetooth range.

Since the Galaxy Gear, have there been any smartwatches with cameras? Samsung unveiled the Gear 2, which had a camera, but few major smartwatch manufacturers used the technology in their wearables.

The Apple Watch, for example, does not include a camera. Most smartwatches with cameras today are novelty items, with many aimed at youngsters rather than serious users.

As a result, Samsung’s approach with the first Galaxy Gear was rather unusual in smartwatches.

Does Samsung Galaxy Watch 4 have a camera? Samsung presented its all-new wristwatch collection at its annual Galaxy Unpacked 2021 event. The Galaxy Watch 4 is available in two flavors: the sleek, minimalistic Galaxy Watch 4 and the classic timepiece-style Galaxy Watch 4 Classic. Many people will be able to get the Galaxy Watch Active range later on when they buy a new phone.

Samsung’s latest 5nm processor powers the new smartwatch series, and it comes with 1.5GB of RAM and 16GB of internal storage. Samsung claims that the new Galaxy Watch 4 features a 20% faster CPU, 50% more RAM, and a 10x boost in GPU for smoother transitions.

Many people are looking forward to faster charging and better screens, LTE (eSIM) connection on some models and 10 hours of use, and only two and a half hours of charging time for some models.

The Galaxy Watch 4 also contains Samsung’s BioActive Sensor, which operates on a single chip and comprises three health sensors to detect optical heart rate, electrical heart rate, and bioelectrical impedance analysis (PPG + ECG + BIA). Depending on the locale, these sensors will be accessible.

The watch also has the first-ever body composition assessment, including skeletal muscle, fat mass, BMI, body water, and basal metabolic rate. A VO2 Max sensor, Advanced Sleep Management, continuous blood-oxygen monitoring, and support for displaying workouts and other vitals on a Samsung Smart TV are also included (currently available in Canada, Korea, the UK, and the US).

That’s a lot of hardware for a wristwatch, and if you’re wondering whether the Galaxy Watch 4 has a built-in camera, the answer is no. Samsung has not yet imagined us communicating with other people using our smartwatches, but this may become a reality shortly.

Can you take pictures with a Samsung watch?

Remotely shoot images and videos with your Galaxy Watch Active2. It’s ideal for getting that perfect selfie from a distance.

Can the Samsung Watch 4 play videos?

The Samsung Galaxy Watch 4 utilizes Google’s Wear OS, unlocking a new set of functions and possibilities. Watching YouTube videos and listening to music straight on the wristwatch are examples of this.

You can play music directly from your smartwatch if it has a built-in speaker. Don’t worry if it doesn’t! All you have to do is pair your Bluetooth headphones. Add and remove songs to make the perfect playlist!

Does the Samsung Galaxy Watch 4 have Whatsapp?

The Samsung Galaxy Watch 4 is the latest addition to the company’s line of smartwatches. It features a camera, allowing users to take pictures and videos. Thanks for reading.