Headphones have become an integral part of our lives, allowing us to enjoy music, communicate with others, and stay connected to the world around us. They provide a way for us to experience audio without disturbing those around us, and they can even be used to help improve focus and concentration.

But have you ever wondered how do headphones work? Today, we will take a look into how headphones function.

What Headphones Really Are 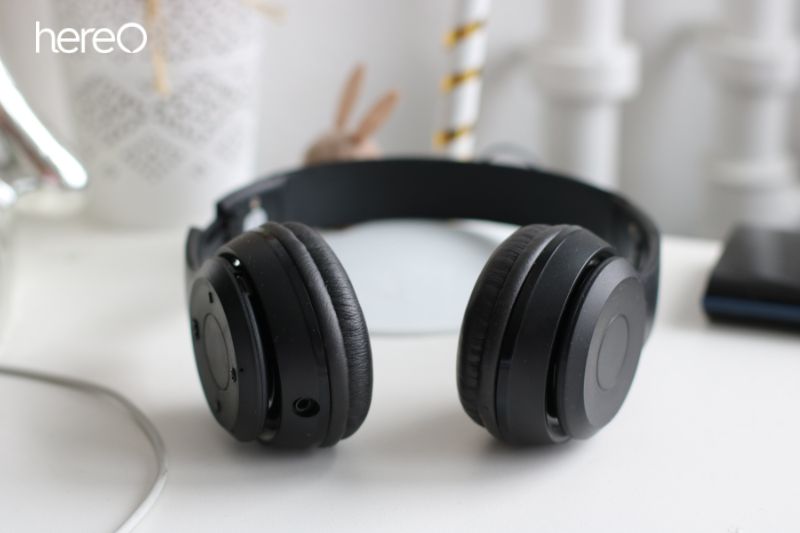 Simply put, a set of earphones or headphones are two speakers that are placed very close to your ears, however they are very small speakers.

Each speaker is actually so tiny that it perfectly fills the space around the ear. They are also known as ear-speakers for this reason, though this term is used very infrequently.

They are electroacoustic transducers, which convert an electrical signal to a corresponding sound. An object known as a transducer transforms energy from one form into another.

Two transducers make up a set of earphones, which transform the electrical energy generated by your device into the sound energy that our ears interpret as music.

Each earphone functions essentially like any other circuit, with a conductor taking power from a source (the battery) and dispensing it to a load (transducer).

Of course, size is the main distinction between loudspeakers and headphones. The speaker in a headphone just needs to move the volume of air in your ear canal; a loudspeaker must move all the air in the room in order for you to hear the sound it is producing. Because of this, it can be much smaller and more covert.

How Do Headphones Work In essence, headphones function similarly to speakers. Magnets are vibrated, converting electrical energy into sound. The air around these magnets then vibrates, producing music.

Headphones are transducers that convert audio signals (electrical energy) into sound waves (mechanical wave energy). This is done by taking the digital audio signal from an audio device and sending it through a headphone cable to the headphone drivers.

The drivers then react to the audio via electromagnetic, electrostatic or piezoelectric principles and cause a diaphragm to move, which produces the sound we hear. The movements of the diaphragm create vibrations in the air that our ears can detect as sound.

To better understand how headphones work, let’s look at each type of driver more closely.

The alternating direction of the current causes the voice coil to be either attracted or repelled by the magnets surrounding it, which makes it move back and forth. This motion causes the diaphragm to vibrate, which produces sound waves.

Electrostatic headphone drivers use an electric field instead of a magnetic field to move the diaphragm. They work by applying a voltage between two metal plates and placing a thin, conductive diaphragm between them.

When the audio signal passes through the plates, they create an electric field that is strong enough to move the diaphragm. This movement creates pressure variations in the air and forms sound waves.

All these drivers are used in various types of headphones, such as over-ear, in-ear, and on-ear headphones, to provide different listening experiences. Different designs offer varying levels of comfort and sound quality, so it’s important to choose the best type for your needs.

The two wires stated above can be found inside the hemisphere coiling around a plastic cone that is suspended above a circular metallic plate. The diaphragm is the name of the plastic cone.

A permanent magnet is incorporated into the metal plate’s center, which the diaphragm hangs over. The transducer is made up of these parts.

When given current, each conductor that coils around its cone transforms into an electromagnet. An oscillating signal is music. The electromagnet’s output fluctuates along with the signal.

But keep in mind that a permanent magnet is above the electromagnet. Due to their opposing polarity, the two magnets pull on one another. The diaphragm attached to the coil moves as a result of the force, vibrating the air around it.

A grill with several holes is where the sound exits. The holes are big enough for the music to get through but small enough to keep dirt and earwax out of the earpiece and away from the electronics. Supra-aural headphones are still another kind. These kinds have pads that rest directly on the ears as opposed to being wrapped around them. Compared to circumaural kind, these are smaller and lighter.

Ear-fitting headphones are additionally compact and sit directly on the outer ear. Due to their inability to muffle outside sounds, these are not pleasant. Due to the fact that every person’s ear shape is unique, these have fitment concerns. However, the majority of businesses provide them by default together with the product.

Headphones that fit into the ear canal are known as in-ear models. These provide complete noise canceling and are of higher quality. These have grown in popularity and fit the human ear incredibly well.

Due to the inability to hear approaching sounds, these headphones are not recommended for use while driving, cycling, or anywhere else in a public setting. As a result, they run the risk of mishaps.

FAQs about How Do Headphones Work How do headphones work scientifically?

In the same manner as speakers do, headphones employ magnetism to convert electrical energy into sound.

How does a wireless headphone work?

Wireless headphones function by radio or infrared signal pairing with the device you want to use.

How do headphones work without power?

Any device with a headphone port has an audio amplifier stage behind the connector that is powerful enough to drive the headphones that are often plugged into it.

How does sound go through headphones?

A movable diaphragm in headphones serves as a transducer, turning audio impulses into sound. The majority of headphones make sound by moving these diaphragms back and forth using magnets and conductive coils.

Can you hear your voice in headphones?

In order to let users know how loud they will sound to others, some headsets purposefully send some of the user’s audio back to the headset. There can be a small lag between what you say and the sound being played back, depending on your Internet connection and the software you are using.

From the basic mechanics to the complex technology involved, headphones are truly an amazing invention. We hope this article has helped you gain a better understanding of how they work and how they can help you in your daily life.

HereOfamily thank you for reading!