If you’ve ever seen behind-the-scenes footage of television or movie shoots, you may have seen a boom microphone at the end of a long pole being held above the actors. So, what is a boom microphone?

What Is a Boom Microphone? A boom microphone, or simply a “boom mic”, is an essential tool in sound capture and production. It is a type of microphone that is mounted on a long pole and positioned close to the sound source in order to capture the best sound quality.

Unlike a lavalier mic, which is clipped to the clothing of the subject, a boom mic is held further away from the source and away from other sources of noise, such as background chatter or ambient noise.

Boom mics are widely used in film and television production due to their ability to provide precise placement and superior sound capture. They are also used in many recording studios and live performance venues. If you are looking for high-quality sound capture, then a boom mic is the ideal choice.

Boom mics come in various shapes and sizes, and each one has different features that make it suitable for different types of sound capture.

How Does a Boom Mic Work? 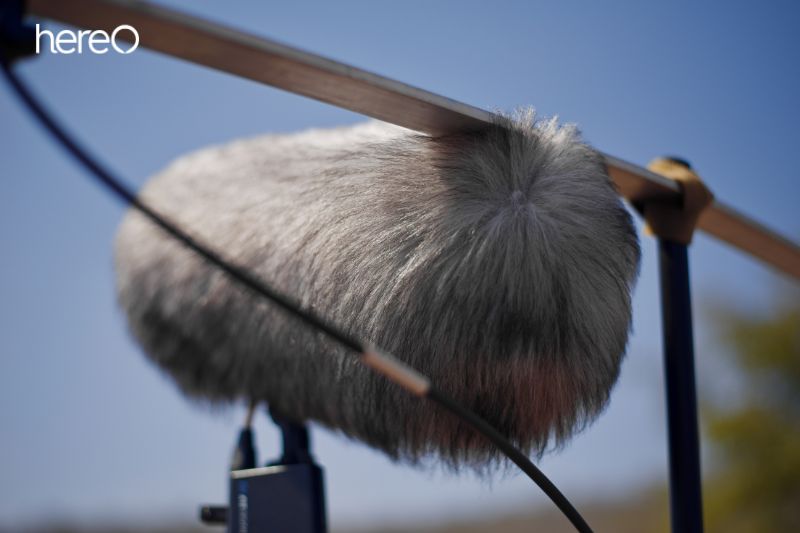 A boom microphone, also known as a shotgun microphone, is designed to capture sound from a specific direction. It works by using a long tube-like structure that is suspended above the person who is speaking.

Boom mics are also often used in live performances as they can be positioned closer to the performer without having to be held. When used correctly, a boom microphone can provide clear and crisp audio.

What Is a Boom Microphone Used For?

This allows for high-quality audio recording with minimal background noise, making it an ideal choice for a variety of applications.

Boom microphones are popular for film and TV production, as they provide clear and accurate audio capture. They are also often used in live events, such as concerts, as they can easily capture clear and precise sound.

Additionally, they are great for voice-over recordings, as they can easily be positioned to capture clear and precise sound.

For Filming and and Video

The most typical use of a boom mic is in film and video, which is also what most people envision when thinking of a boom mic.

Due to the following characteristics, shotgun type boom mics are widely used in the film industry.

Here are some general pointers for using boom microphones in movies and videos:

For holding overhead drum mics in the recording studio, stationary boom mic arrangements are frequently used. Although this use does not normally fit the definition of a “boom microphone,” a boom stand is nevertheless used to support the microphone.

Drum kits are typically recorded in studios using overheads. They involve boom mic-mounted microphones. The mics may be placed immediately over the drum kit thanks to the stands’ boom arms, which are located outside the drum kit.

On stage, booms are frequently utilized to support the overhead microphones. This is valid for the aforementioned overhead drum setup, but it might also be used to cover microphones during theatrical performances.

Differences Between a Boom Mic and Normal Mic The main difference between a boom mic and a normal mic is the way they are held. A boom mic is typically held on a boom pole, which allows it to be placed near the sound source.

This allows for more accurate capture of sound, as it reduces background noise and captures the sound source more clearly.

Another difference between a boom mic and a normal mic is the type of pickup pattern. Boom mics usually have a directional or shotgun pickup pattern, meaning that they only pick up sound from one direction. This helps to further reduce background noise and can be useful in certain applications.

Finally, a boom mic is usually larger and heavier than a normal mic due to the extra components needed for it to be held on the boom pole.

This can make it more difficult to use in certain scenarios, but its added weight helps to reduce vibrations and other disturbances that could affect the sound.

Overall, a boom mic is a specialized type of microphone used for filming and recording applications. It has several advantages over a normal mic, including better sound quality, directional pickup patterns, and reduced background noise.

However, its size and weight can make it more difficult to use in certain scenarios.

What Is a Boom Mic Stand?

A boom mic stand is an essential tool for any audio production environment. It is composed of a base, a boom arm, and a mic clip, which work together to provide a secure and adjustable way to hold a microphone in place.

The base of the stand ensures stability while the boom arm can be extended so that the microphone can be positioned closer to the sound source. The mic clip is adjustable and can fit different types of microphones for optimal sound capture.

Boom mic stands are used in a variety of audio production environments such as recording studios, live performances, and more. With a boom mic stand, you can be sure that your microphone is correctly positioned to capture the best possible sound.

FAQs about What Is a Boom Microphone What is the point of a boom mic?

A boom microphone allows for precise positioning in front of or next to the user’s mouth because the mic is attached to the end of a boom.

What is the advantage and disadvantage of boom microphone?

The greatest approach to organically record dialogue for cinema is with boom microphones, which are placed near to the action and out of view. The only real challenge with a standard boom is managing long, occasionally heavy cable runs and situating and wrapping them correctly to avoid mishaps on set.

For the best audio quality during your interview setups, you should use a boom mic whenever possible.

How far away should a boom mic be?

Where should boom mics be aimed?

Your microphone should be pointed at the actor’s nose, ideally at a modest inclination of between 45 and 90 degrees.

Boom microphones are an essential tool for creating audio in videos and films. They allow a sound engineer to capture audio from a distance without interfering or getting in the way of the action.

Thank you for reading. HereOfamily hope you enjoy reading.