Whether they are wired or wireless, headphones have become a necessary item in our life. Nobody can blame you for being concerned about wireless headphones’ safety, though, given concerns that their radiation causes cancer. That raises the question of: do wired headphones emit radiation? If you need a pair of headphones for prolonged use, wired headphones are the safer choice because they don’t release any RF waves. They still produce EMF radiation, albeit very little.

Keep in mind other signals such as WiFi are available everywhere already and, unfortunately, EMFs are a part of our environment. The best way to reduce your exposure is by limiting the time you spend in areas with WiFi or Bluetooth signals and use wired headphones if possible.

It’s vital to note that a cell phone emits a lot more radiation than Bluetooth or corded headphones.

The FCC sets RF exposure limits as anything below their highest permissible level of 0.0125W/kg with a power density that does not exceed 250 microwatts per square centimeter (W/cm2). The average SAR limit for wireless Bluetooth devices is 0.0044 W/kg.

This means there shouldn’t be any known health dangers whether you utilize your phone’s speaker or over-the-ear headphones.

What Is Electromagnetic Radiation?

Like all forms of radiation, electromagnetic radiation (EMR) is an energy form. Radiation may appear terrifying and conjure up thoughts of destructive nuclear power plant meltdowns and atomic bombs, but the truth is far different.

When it comes to EMR, it is important to look at the two primary types:

EMR that is ionizing has a higher energy and can harm DNA and cells because it can take electrons out of atoms. The sun, X-ray devices, and nuclear waste are some examples of sources.

Non-ionizing EMR, on the other hand, is significantly safer because of its low energy levels, which cannot change atoms. It consists of Bluetooth gadgets, mobile phones, Wi-Fi, and power line radiation. 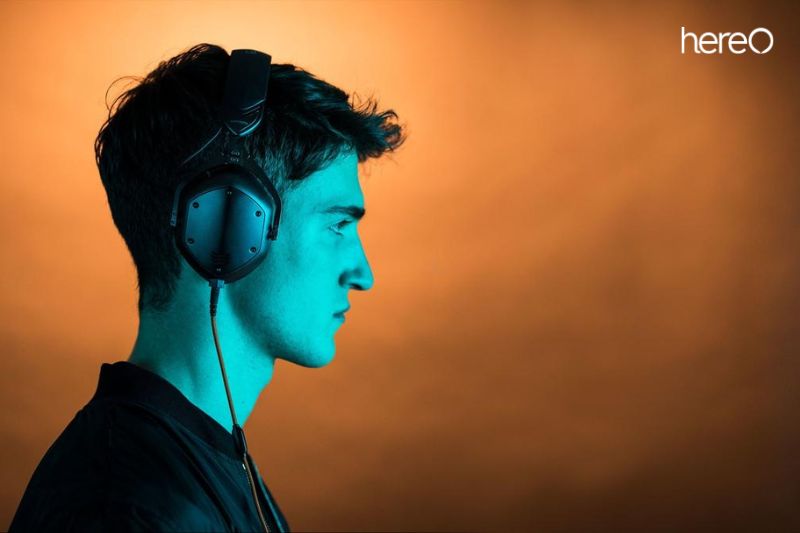 Yes. Although some types of radiation, particularly those that originate from headphones, can cause cancer, not all forms of radiation do.

Heat is a far more widely accepted cause of non-ionizing EMR damage in headphones, and it can be hazardous at high levels.

The good news is that lower level emitters, like cell phones and headphones, do not release enough heat to be harmful, according to the U.S. Environmental Protection Agency (EPA). There are no reliable studies demonstrating that brief contact with low-heat radiofrequency waves harms people significantly.

The majority of people don’t appear to understand that using a cell phone regularly doesn’t necessarily expose us to unsafe radiation levels that can affect our brains. It only takes a few minutes, according to a study that was published in Clinical Neurophysiology.

Microwave radiation from cell phones is more powerful and emits more of it, but it can also pass through the wires connecting the device to your earpiece.

Researchers found that when this occurs, the radiation exposure to the brain is increased by 300 percent since it enters your ear canal directly.

In other words, wired hands-free headphones do not shield your brain from radiation and may even enhance the radiation that enters your ear and travels to your brain.

There’s no need to panic, though. Your exposure to radiation from technological equipment can be decreased.

Bluetooth vs Wired Headphone Radiation: Which One Is Safer

RF radiation released by wireless headphones can be detrimental to your health over long periods of time. This is due to the fact that RF radiation is absorbed by your brain and has been linked to cancer in studies conducted in the lab.

There may be agents that have the potential to cause cancer, but as of yet, no definitive answer has been provided. However, additional research is required to determine the long-term impacts, thus it is safer to use wired headphones whenever possible or at the very least, only seldom (especially for children).

How to Reduce Headphones Radiation Both Bluetooth and cable headphones are safe, as was previously stated. Because of this, additional safeguards against radiation from your headphones are not necessary. Despite this, marketers for anti-EMR and anti-EMF goods frequently employ scare tactics to advertise products intended to “lessen radiation exposure.”

Although a lot of these items and concepts have some intriguing qualities or advantages, shielding you from the risks of EMR isn’t one of them.

In fact, adding a ferrite bead to your audio equipment will lessen the possibility that radio frequency interference will cause your headphones to emit high-pitched whines and hums.

Air tube headphones are the next frequently suggested item by EMF and anti-EMR campaigners. In order for air tube headphones to function, the sound must be generated distant from your ears. Without the need for internal cables, the music then ascends through empty tubes to your ears.

Air tube headphones are only advised if you desire them for their cool appeal rather than for their health and safety, though.

The DefenderShield air tubes are nevertheless intriguing from a technical standpoint even though there is no known mechanism through which the frequencies of standard headphones might cause cancer.

Limit The Usage Of Bluetooth Headphones

The frequency-best fearing’s suggestion is to simply wear your Bluetooth headphones less frequently. This is a terrific concept because it can prevent ear damage rather than because Bluetooth gadgets emit hazardous frequencies.

While Bluetooth is generally safe, we can’t say the same about excessive or inappropriate earbud use.

From the perspective of overall ear safety, limiting your everyday use of headphones and earbuds is excellent, especially when it comes to protecting your hearing.

Your ears will suffer if you are exposed to loud noises frequently. Again, in terms of radiation and sound safety, Bluetooth and wired headphones score equally; the only thing that matters is the volume in your ears. 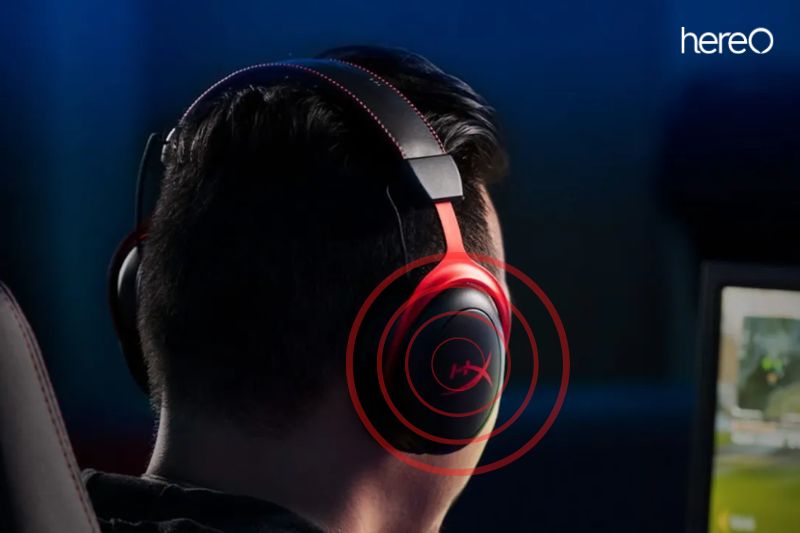 Are headphones harmful to humans?

If you use over-the-ear headphones for an extended period of time or listen to loud music, you could end up damaging your hearing. They simply pose less of a risk than earphones do: The level of a sound can be increased by 6 to 9 decibels when the source is in your ear canal, which can result in some major issues.

Since direct radiation from the mobile phone antenna was reduced, using a Bluetooth headset and earphone device when conversing on the phone indicates lesser radiation.

Are headphones safer than earphones?

In general, over-ear headphones are safer than in-ear models. Over-ear headphones that effectively block out external noise through passive noise isolation or active noise cancellation allow you to listen to music at lower volumes.

In conclusion, wired headphones are a safer alternative to wireless headphones as they do not emit radiation. However, there is no way to guarantee that radiation emitted by any type of headphone is completely safe, and it is important to take precautions to limit your exposure.

If you are worried about radiation affecting your health, it is best to consult with a healthcare professional who can provide guidance tailored to your lifestyle.