What is Parabolic Microphone A parabolic microphone is a regular microphone that has been installed inside a dish with a parabolic cross section for sound reflection.

As a result, the parabolic microphone is extremely directional, making sound sources that it is focused at more sensitive than other sources.

For recording localized sources of relatively faint sounds, such as conversations or bird calls, at a distance, the parabolic microphone is useful. How does the parabolic collector work

Due to the parabola’s special geometrical characteristics, a paraboloid reflector is employed. A parabola is an open curve with a rounded apex that resembles a V. The parabola’s “axis” is a vertical line that runs through it, much like a line through the middle of a V.

Like light beams from a mirror, all rays that enter a parabola parallel to its axis and are reflected from the curve pass through the focus, which is a single point inside the parabola.

This is where the microphone is located in a parabolic microphone system; sound waves entering the dish parallel to the axis are focused on the microphone and amplified as a result.

How important is the shape of the dish?

It is crucial that the dish’s form be perfect. The performance of the parabolic collector suffers if the shape is not constructed to exact specifications (according to the ideal geometric shape of the parabola).

The shape plays a key role in how well it performs. Sure, you could gather sound in a cheap, badly made dish. This sound, however, will be distorted and garbled.

Additionally, due to the imperfect shape, the sound energy may become dispersed or unfocused, which would greatly lessen the amplification.

By focusing all of the acoustic energy that has been gathered in the huge dish, in phase, at the focal point, only parabolic microphones have the remarkable capacity to actually magnify the audio signal. The paraboloid shape’s distinctive geometry enables this concentration.

This dish gain is “free” gain because it doesn’t require electrical amplifiers or add noise. Electronic amplifiers have no effect on the microphone’s essential signal to noise ratio (SNR), only the total volume of audio and noise.

A parabolic microphone’s directionality and audio gain both increase with frequency.

A parabolic dish’s gain is inversely proportional to its diameter. You will need one that is a reasonable size, but try not to stress about a few inches.

As frequency rises, construction mistakes such as improperly shaped dishes, out-of-focus microphones, off-angle pointing, and many more will result in a decrease in gain.

Errors are less significant at lower frequencies; instead, the size of the dish, the caliber of the microphone, and the mounting technique are the most crucial factors. It is crucial to remember that for best gain and frequency response, the microphone must be placed at the parabola’s focus point. A parabolic microphone’s performance is influenced by its physical diameter, particular shape and paraboloid accuracy, focal point and depth, microphone quality, and a number of other constructional factors.

For effective performance, a low-noise microphone is essential, but not just any low-noise mic will do—in fact, many conventional mics won’t. The focal point and aperture of the dish must match the polar pattern of the microphone.

In general, a larger dish will have a lower frequency response and a greater gain; the practical limit is determined by how much you are willing to transport and how much can be made in a reasonable amount of time.

The kind of handle you use may often make a big difference; noise from your grip shifting can easily ruin an otherwise excellent recording. For general awareness and a clear visual focus on the issue, a clear dish is particularly useful.

In the open air, wind is a constant problem, so seek for a designated windscreen system or built-in capabilities to add one. You might value portability when you travel, so finding a device that can be dismantled or even coiled to fit inside regular luggage might be a consideration.

Why Use a Parabolic Mic? 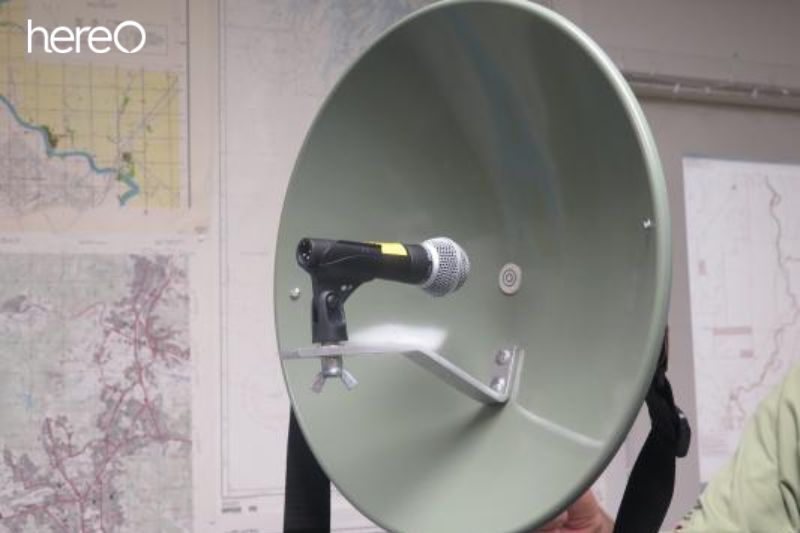 Due to the features of the collector dish, a parabolic microphone offers a natural mechanical amplification of approximately six times. The parabolic dish’s unique shape collects and concentrates incoming pressures (sound waves) onto a single spot (the microphone).

The size of the dish also affects whether the microphone is placed inside with a cardioid or omnidirectional pickup pattern.

Over the whole surface of the parabolic dish, the amplification level is constant. The dish’s amplification cancels out the non-amplified noises that are picked up by the microphone’s back side, making them inconsequential.

However, the microphone will pick up some background noise from this area.

The dish itself blocks and does not amplify the background noise outside of it. This gives the parabolic microphone its directionality.

FAQs about What Is a Parabolic Microphone 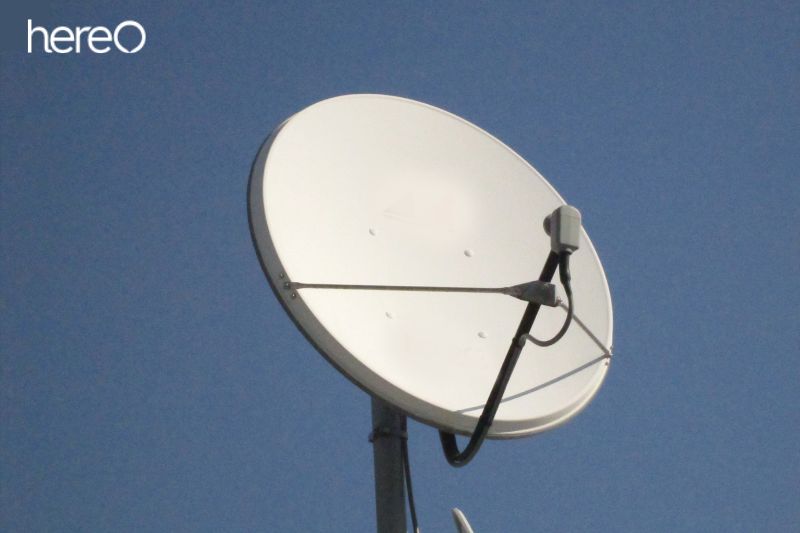 How to make a parabolic microphone?

Find a parabolic shaped dish, position your microphone in its concentration point and you make yourself a homemade parabolic microphone.

No, parabolic microphones are not illegal. It’s only illegal if you use it to record someone’s conversation without consent.

What are parabolic microphones used for?

How far can a parabolic microphone work?

A parabolic dish can pick up sound up to 50 meters distant and offers high sensitivity in any direction the dish is directed. This design can be utilized for a variety of purposes, including by law enforcement and intelligence services as well as for recording outdoor activities and natural noises.

Can a parabolic microphone hear through walls?

No better than using your ear to listen through walls. Sound waves are absorbed by walls and glass. How effectively the sound is muffled depends on the wall’s thickness and insulation level.

Parabolic microphones are a unique type of microphone that are ideal for recording audio from a distance. The parabolic shape helps to focus sound waves onto the microphone, allowing it to pick up audio from far away.

This makes them perfect for recording wildlife, concerts, and other distant sounds. Whether you’re looking to record distant audio or capture the beauty of nature, a parabolic microphone is an essential tool. Try one out today and start capturing amazing audio!

Thank you for reading this article. HereOfamily hope you enjoy reading.