A memory card is a crucial device to store your pictures, video if you are a photographer or videographer. They are the most popular gadgets when compared to other portable flash memory units since they are recognized to be speedier and more convenient while also being less expensive.

In this article, we will discuss what is memory card.

A Brief History Of Memory Card 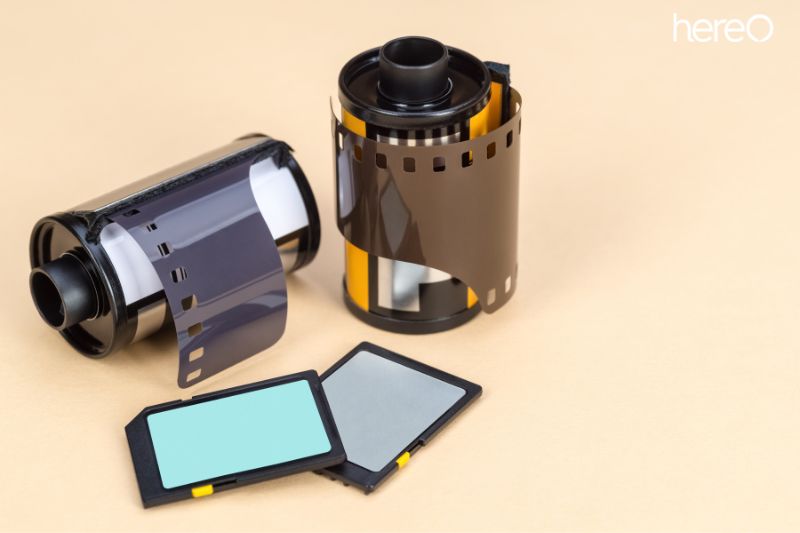 Memory cards have been around since the 1970s, evolving from 8-bit devices with a capacity of only 1KB to today’s cards which range from 8GB to 1TB in capacity. In the 1990s, flash memory cards were introduced, allowing for faster speeds and higher storage capacities.

The introduction of flash memory cards revolutionized the industry, ushering in a new era of memory cards that are smaller, faster, and more reliable. The technology has advanced so much that today, memory cards are found in almost all digital cameras, smartphones, and other electronic devices.

Memory cards are an essential part of modern life, providing us with a convenient way to store and transfer data quickly and securely. From photos to music to movies, memory cards make it easy to take our data with us wherever we go. They have come a long way since the early days, and will continue to evolve in the years to come.

What Is a Memory Card 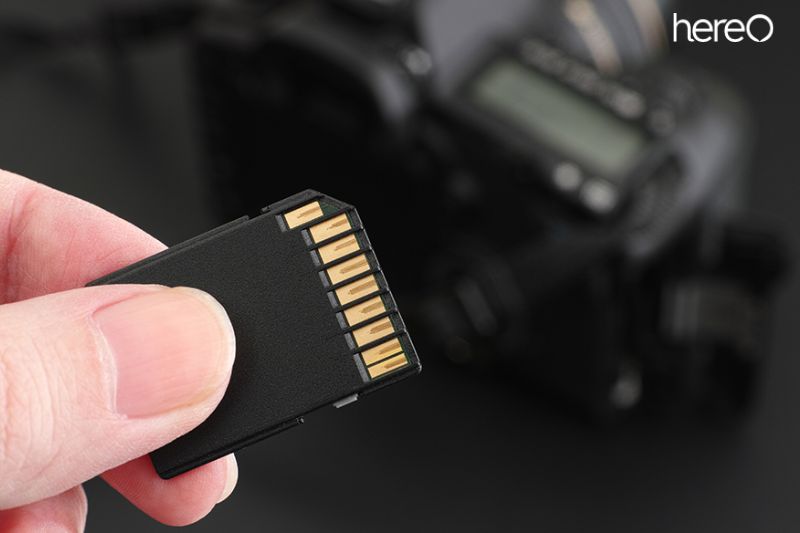 Memory cards are an essential component of many different types of electronic devices, allowing users to store large amounts of digital data in a secure and convenient manner.

Memory cards come in a variety of sizes and formats, making them suitable for different types of devices. They are typically used in digital cameras, smartphones, and other electronic devices.

Memory cards are often small and portable, making them easy to take with you on the go. They provide a convenient way to store large amounts of data in a small space.

Additionally, memory cards offer high levels of security, as they can be password protected and encrypted for extra protection.

In conclusion, memory cards are an invaluable tool for storing large amounts of digital data in a secure and convenient way. They are essential components of many different types of electronic devices, and they provide a great way to store data in a small space. 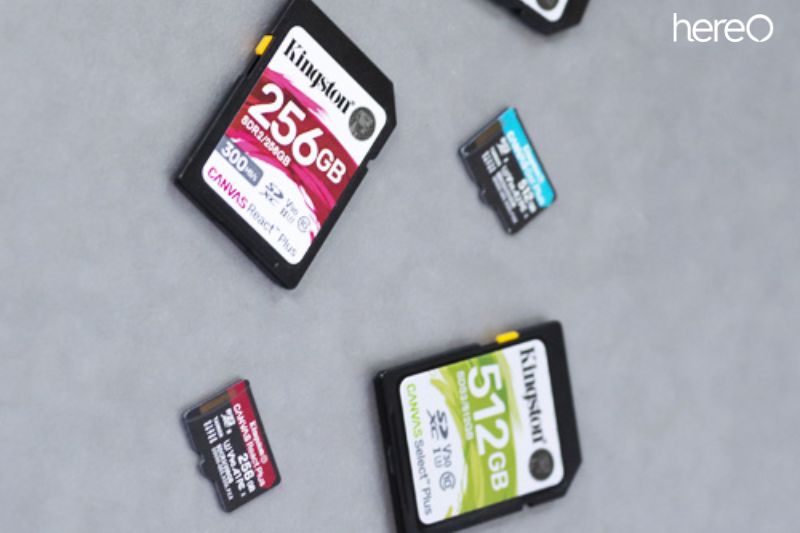 There are many different kinds of memory cards available; the most popular ones are listed below:

Secure Digital cards, one of the most popular forms of memory cards, are made to offer large amounts of memory in a compact package. It is primarily utilized in a variety of small, portable devices, including mobile phones, digital cameras, handheld computers, and digital video camcorders.

MicroSD is a kind of removable flash memory card, commonly referred to as T-Flash or TransFlash, that is used to store data. The first microSD card was created by SanDisk and accepted as a standard on July 13, 2005.

It is frequently used with mobile phones and other portable electronics, which come in memory capacities ranging from 128 MB to 4 GB. SDHC Card is based on the SDA 2.00 specification and stands for Secure Digital High Capacity. It is an enhanced version of the common SD card with a 32 GB maximum storage capacity.

The SDHC uses new technology, which causes it to operate differently from the ordinary SD card. Additionally, it offers customers a choice of data transfer speeds.

Sony Memory Stick is used to save data with Sony digital cameras and other equipment. A memory stick is almost always used in Sony goods that utilise flash media because it is a Sony-exclusive item. The memory stick has a maximum size of 2 TB and storage ranging from 4 MB to 256 GB.

Since 2010, no new memory cards have been released. Sony digital cameras today save data on SD and SDHC memory cards.

PDAs, digital cameras, and other portable devices frequently contain this tiny detachable mass storage device. It is a flash memory-based storage device with a 50-pin connection that works with 3.3V and 5V voltages.

The CF card has a substantial storage capacity, ranging from 2 MB to 128 GB.

SmartMedia card is a sort of memory that consists of a chip that holds flash memory. The original SmartMedia card was created by Toshiba and had a lesser storage capacity of 2 MB to 128 MB.

It is a thin plastic card with a single NAND flash chip inside of it. It is the thinnest memory card available, measuring just 0.76mm, and is simple to keep at a lower cost than competitors.

It is a flash memory card made to fit several different digital camera models. The xD (Extreme Digital) Picture Card has dimensions of 20 mm x 25 mm x 1.7 mm with a storage capacity of up to 512 MB for the original version and up to 2 GB for the type H and M/M+ versions.

How Much Storage Does a Memory Card Have? Older memory cards might only have less than 4 GB of space. Memory cards larger than 128 GB are available, however they are incredibly expensive.

Pros and Cons of Memory Card Everyone has a mobile phone today, which is quite common. Although mobile devices have internal memory storage, some users choose to use an SD card in their cellphones for a variety of reasons, including a lack of available memory.

Therefore, it is crucial to understand the benefits and drawbacks of the memory card.

Increased Storage: One of the most significant benefits is how simple it is to increase storage capacity. Since some smartphones only have a little amount of storage, you can quickly add more storage space by using an SD card.

Cost-Effective: It will cost more money to buy a cell phone with a large internal memory than one with a smaller memory. Instead of purchasing a high-storage phone, you can get an SD card with a huge storage capacity; it will be far less expensive.

Removable & Portable: Since the SD card is so compact, it may be carried around and removed. In contrast to a hard disk drive, an SD card may be removed from a smartphone and transported almost anyplace because it is considerably smaller.

Non-volatile Memory: Non-volatile memory, a form of memory card used by SD cards, is used to store data on the card permanently. For instance, if you are working on a computer and your data is saved on an SD card, stopping the computer in the middle of your work will not wipe it.

Fragile: One of the major drawbacks of memory cards is that, like other storage media, they can break easily. It has a metal component that is quite delicate. It can therefore easily be damaged. Data on the card will be lost as soon as it becomes corrupted. Therefore, if the card holds crucial information, it may be a serious issue for everyone.

Slower than Primary Memory: Primary memory is referred to as the internal phone memory. Although the SD card offers a slight increase in storage capacity, it still cannot match the speed of primary memory.

FAQs about What Is Memory Card Is memory card and RAM same?

No, memory card and RAM are not the same. Memory cards are primarily used to store data on portable devices such as smartphones, digital cameras, and tablets. They come in a variety of sizes and types, including SD, microSD, and CompactFlash.

On the other hand, RAM (Random Access Memory) is a type of computer memory that is used to temporarily store data while your computer is running.

What is the difference between SD card and phone storage?

How long can SD cards last?

Like the majority of semiconductor cards, SD standards-based memory cards store data in flash memory. The card often lasts 10 years or longer with current technology and average usage, allowing users to upgrade their gadgets for a longer period of time and lowering consumer electronic waste.

What is a TF memory card?

TFcards are TransFlash cards, also referred to as micro-SD cards. The smallest memory card currently on the market, it is really compact. It is around the size of a pinky fingernail and 4 times smaller than a standard SD card.

Memory cards are a convenient and cost-effective solution for photographers and videographers who need to store their photos and videos.

They are faster and more reliable than other portable memory storage options, and offer the added benefit of being able to be used with multiple devices. If you’re looking for a great way to store your media, then a memory card may be just what you need!

Thank you for reading our article. HereOfamily hope you enjoy reading!