Is discord safe for kids? There is no simple answer to this question. Discord is a chat app with many features that can be useful for kids, but it also has some potential risks. The biggest potential risk is that kids could be exposed to inappropriate content or contact with strangers. However, there are ways to minimize these risks by using the app’s safety features and being aware of the dangers.

What Is Discord And Is It Safe For Kids? Discord is only a communication program that functions as a cross between a chat room and Skype. It was initially intended for players to utilize to communicate without detracting too much processing power from the game. Its design is basic and thin, yet it includes significant customization features.

Discord is accessible via an online browser. However, it is most typically utilized through a computer or phone app. Users may communicate with one another by text, audio, and, in certain cases, video. Discord may also be layered right over the game in certain games.

Unlike many other social media networks, discord does not have a wide public section or feed. Instead, the app is structured around private groups known as “servers,” which are often colloquially referred to as a “discord.” (You may hear a YouTuber say, “Join us on our discord.”)

Anyone who joins may construct a server. However, there is no central registry of servers. You must be invited to join or find a connection on the internet.

Discord has grown beyond the gaming community to become the communication medium of choice for numerous specialized groups in the years since its inception.

Here are some examples of servers you may want to add to your list:

Servers power the platform. These are created with a specific topic or subject for individuals to meet online to debate and share photographs, links, and information. These servers provide both text and voice communication using the device’s microphone.

Users may be invited to servers or discover connections to them online. The person configures the server generally establishes certain ground rules on who it is for and what behavior is anticipated. They may also set tight criteria for screening out explicit material and protecting the security of their moderators’ accounts.

Is Discord Safe For Kids? 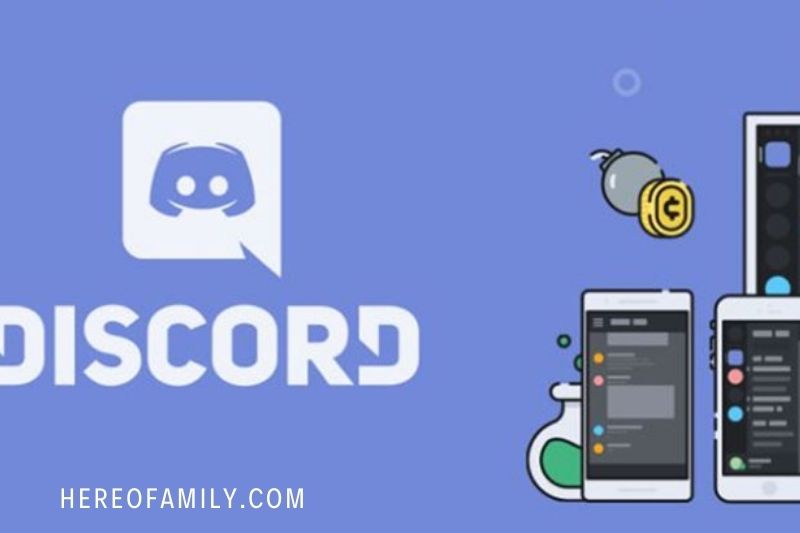 Discord is popular with children since it is a simple chat tool, but there are always concerns with an open platform. Discord is a 13+ platform, according to its Terms of Service. According to Common Sense Media, the safest method for kids to use Discord is to stick to private servers where they know all users and only accept friend requests from individuals.

When you create an account, the default settings are left open, and they must be changed. Furthermore, there is no method to permanently lock the settings, which means children might modify them without their parents’ knowledge.

Though Discord may be a pleasant environment, several parts should cause any parent to pause.

Discord can be a cesspool of pornography and exploitation.

Because Discord is centered on private groups, it has a sordid underbelly: groups advocate criminal activities, white nationalism, and child pornography on the network.

The firm has lately attempted to improve its reputation by clamping down on pornographic groups, particularly Apple devices, although Android and PC users may still discover them.

Indeed, Discord was listed on the National Center on Sexual Exploitation’s 2021 Dirty Dozen list as a key contributor to child sexual exploitation.

Discord is difficult to moderate.

Like many other private chat applications, Discord is unsafe for the same reasons. Controlling real-time communication is tricky. Audio and video feeds are lost when they occur (unless someone is recording—another issue!).

Because content moderation is largely done on individual servers, each group has its own set of rules, some more strictly enforced than others.

Problems may be reported directly to Discord, but this takes time, and your kid may be exposed to adult material while waiting for it to be removed.

Discord makes it easy for predators to contact children.

Like everywhere else on the internet where you may meet strangers, people on Discord can lie about their identities. Predators may stalk youngsters by speaking with them on a kid-friendly channel and then moving the discussion to unmoderated direct messaging.

One of our readers even wrote to tell us how she found a predator was grooming her ten-year-old kid over Discord. The youngster had been playing Minecraft when the predator, acting as a child, persuaded him to move the discussion into a Discord private chat.

This mother had previously spoken with her kid about the importance of not chatting with strangers online. However, the epidemic had left him feeling alone and hungry to meet new people, so he disregarded the rules. Predators are aware that children are particularly vulnerable right now and are attempting to take advantage of this.

As previously stated, audio and video feed on Discord vanish. As a result, it is an ideal location for cyberbullying to occur without leaving any proof.

Children may also use Discord to harass others by forming closed groups to exclude certain children and sharing harsh jokes and photographs.

The greatest thing you can do to protect your children from the hazards of Discord is to keep them away from it until they are at least 13 years old. We cannot emphasize this enough.

Users on Discord must be at least 13 years old. Many servers feature Not Safe For Work (NSFW) regions that include pornographic material and need age verification. It’s as simple as clicking yes on any website, regardless of your age. Make it clear to your children that age limitations are in place to safeguard them and that you take them seriously.

Consider kid-safe talking programs like Facebook Messenger Kids or Google Hangouts, which offer strict parental restrictions and do not enable children to communicate with strangers.

And don’t give your adolescent a break simply because they’re above the age of 13. Teens must use excellent judgment to steer clear of the shady areas of Discord while utilizing it for good. Before permitting your adolescent to join Discord, have a conversation with them.

1. Discuss how to behave on the internet.

The anonymity of social media might cause children to act in ways they would not otherwise. Inform your youngster of the dangers of cyberbullying and sending nudes. If you are concerned about how your adolescent may act online, it is better to postpone allowing them to join Discord. Stick with a more closely regulated app until they have earned your confidence.

2. Talk about your family standards and expectations.

Remember that how you utilize Discord is crucial. What servers may they join: individuals they know in real life or other servers of interest? Who can they send a direct message to? Make a note of these guidelines so there is no confusion afterward.

3. Go through Discord’s safety settings together.

Turn on direct message filtering and restrict who may send them direct messages by following Discord’s Four Steps to a Super Safe Account. Explain why you chose the settings you did. Remember that Discord does not have parental restrictions, so your adolescent may modify these settings at any moment. To buy-in, they must comprehend your reasons.

4. Teach your teen to be suspicious of unsolicited invites.

Pornography and predators may infiltrate via server invitations they did not seek, have never heard of, and have a low membership (which often indicates bad moderation or questionable content). They should also decline unwelcome friend requests. If it’s a real-life buddy, they can always make another request.

5. Make a game plan for dealing with bullying or adult content.

Assure your kid that they will not be punished or lose access to the app if they report an issue to you. You want to be on their side, not leave them to face the hazards of Discord on their own, where crafty predators may influence them.

Examine Discord’s reporting guidelines. Make certain they understand how to block people. Blocking someone removes them from your buddy list. They can still send communications (which they should share with you), but they can’t send any more.

6. Set a follow-up appointment to check out your teen’s Discord every few weeks.

Check that the safety measures are still turned on. Examine the servers they are using and their friends and direct communications. Inquire whether anything on Discord has made them feel uneasy or endangered. Things change with time, so you’ll want to check in frequently to ensure everything is still in order.

Discord is a communication app for gamers that lets you easily voice chat, share photos and videos, and join channels with your friends. It’s free and secure, making it a great choice for families. However, because it’s unmoderated, there’s a risk that kids could be exposed to inappropriate content.