In photography, it is a necessity to keep your camera stable to produce quality and sharp pictures. This is when a tripod comes in handy to help you stabilize your camera for your slow shutter speed shots. But, what is a tripod exactly? 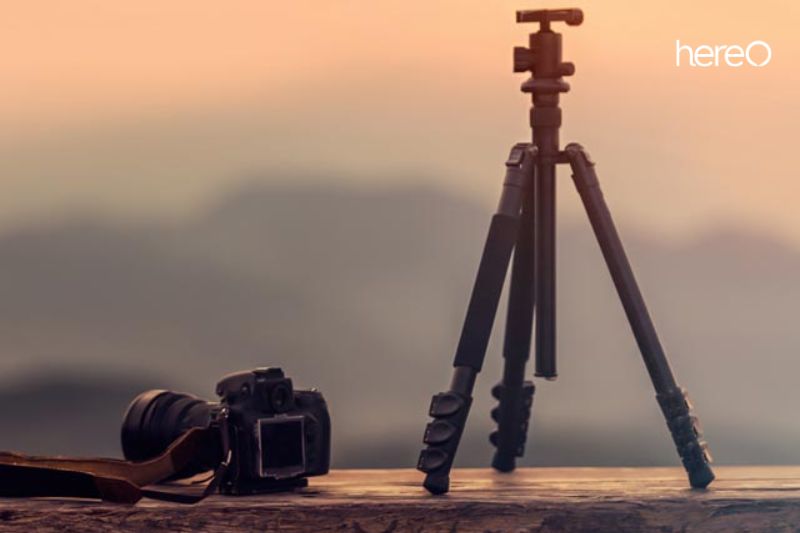 A camera-supporting three-legged stand is known as a tripod. For stability, cameras are fixed on tripods, sometimes known as “sticks.” In tripods, the fluid head is used. The camera may now tilt up and down in addition to pan left and right.

What is a tripod used for?

In order to keep the camera steady and avoid movement, tripods are employed in both motion and still photography. They are especially important when using telephoto lenses or slow shutter speeds because any camera shake while the shutter is open will result in blurry images.

In a similar vein, they lessen camera shake, which helps to achieve optimum clarity. A tripod is also useful for framing an image precisely or when taking multiple shots of the same scene, such as when bracketing exposure.

Structure of a tripod 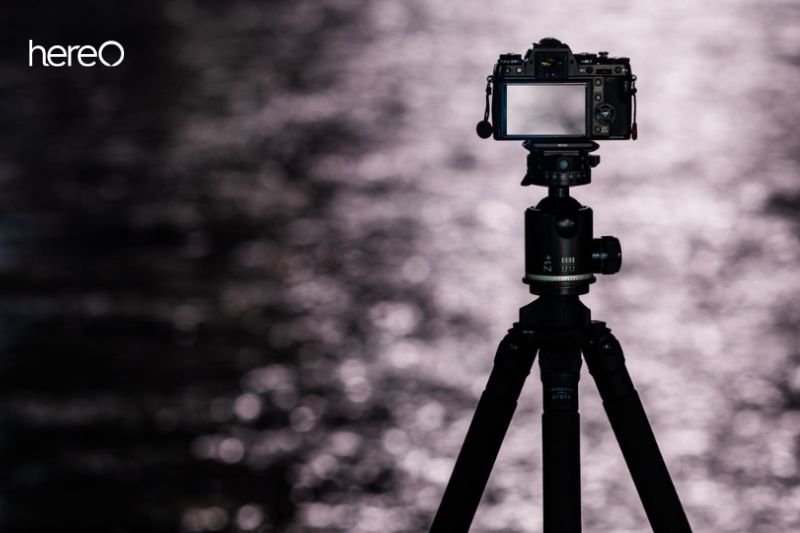 Tripod heads come in a variety of fundamental designs. The tripod head’s main functions are to give you a way to attach your camera to the tripod, to let you move the camera around to frame the shot you want to take, and to hold the camera stable while you snap the picture. Here is a list of available tripod heads.

Where the tripod’s legs join together, this is its highest point. The chassis can be used as a head mounting platform or to enclose the tripod’s center column.

For the addition of an optional center column or other mounting solutions, some chassis that support direct mounting of the tripod head have interchangeable center plates.

Most tripod legs are “multi-angle.” To use the tripod at different heights or in awkward spaces where one or more legs cannot be at the same angle as the others, you can adjust the spread of the legs.

The leg locks come in a variety of styles and are intended to retain the legs at a specific angle. Others have sliders, some have friction knobs, some have pull-out tabs that unlock the leg angle, and some have spring-loaded systems.

The tripod’s central column is either fixed to the chassis or given clearance to pass through it, increasing the tripod’s height beyond what the legs and chassis can achieve on their own.

To position your camera below the tripod chassis for macro or other low-to-the-ground images, many middle columns are reversible.

When called to extend, most center columns are held in place by a friction collar. Some columns can be raised and lowered by cranking a lever using a geared mechanism. Because they significantly increase the weight of the tripod system, crank mechanisms are often used with heavier studio tripods.

A gear hook is frequently located at the base of the middle column. This enables you to increase the rig’s stabilizing weight by using special weights or your own camera bag.

You might be able to articulate (or insert) the center column into a horizontal position by using it as a lateral arm. This is helpful for shooting macro and tabletop subjects, among other things.

Every tripod has legs. in fact, three. However, there are differences in how those legs are made and function.

The majority of tripod legs are telescoping and collapsible for transport and height adjustment, with the exception of single-section tripod legs. Legs can be retracted to a shorter length the more sections they have. However, you will gain less stability the more sections you have.

To prevent the legs from retracting when loaded or from extending further, multi-section tripod legs will typically have some sort of locking mechanism. The flip lock and the twist lock are the two most popular varieties of leg locks.

The flip lock is a lever that is used to secure the tripod leg’s following, smaller segment. When you flip the lock to the closed position, the legs will stay in that position once the legs are retracted or at the desired length.

The same tightening is achieved with the twist lock by spinning the lock through roughly one-quarter of a turn. Twist to extend or retract the legs before twisting to secure them.

There is a foot at the end of each leg. The tripod foot could be as basic as a rubber bumper, depending on the tripod. Or, a rubber pad could be covered with a retractable spike.

Depending on the environment and their needs, the photographers can change the type of foot on some tripods. Spikes, strakes, clawed feet, and various rubber bumpers are available options.

What feature to know about tripods Tripods are available in various heights. Setting up your camera on a tripod and hunching over at the waist to peer through the viewfinder for several minutes can get old fast. To determine the altitude at which your viewfinder will be, add the heights of the legs and the head together.

It will be ideal if the viewfinder is higher than your eyes. Simply refrain from fully extending the lowest leg sections, and you’re done. Get ready to stoop down to look through your camera or at the LCD screen if the total height is too low.

The greatest weight that a tripod can support before becoming unstable is typically referred to as its load capacity (due to the weight only).

The general rule is that your tripod’s load capacity should be at least three times the total weight of the heaviest camera/lens/head you’ll be mounting on the tripod since there is no industry standard for this number.

Remember to account for the weight of the head when determining the appropriate load capacity because it will also be mounted on the tripod legs.

Remember that tripod heads have a rated load capacity as well. The situation is the same with these as well: there are no international standards for calculating this figure.

Therefore, it is best to be cautious and purchase a head that can support at least three times the weight of the heaviest camera or lens you intend to use with it.

The most common materials used to make tripods are plastic, aluminum, and, in certain high-end models, carbon fiber.

Plastic: Less expensive and lightweight but not very durable.

Aluminum: These days, the majority of tripods are composed of aluminum. Tripods made of aluminum are more stable than those made of plastic but weigh more.

Carbon Fiber: is strong and lightweight, but it is the most expensive of all materials. For backpacking or other types of location photography, carbon fiber is fantastic. Travel tripods give up functionality to be more portable. They are typically quite small, which makes them simple to pack in a bag. The more expensive travel tripods are made of carbon fiber, while the more affordable ones are made of plastic.

In either case, they’re probably light enough that you’ll want to secure the tripod when taking long exposures, like those at night.

Travel tripods give up functionality to be more portable. They are typically quite small, which makes them simple to pack in a bag. The more expensive travel tripods are made of carbon fiber, while the more affordable ones are made of plastic.

In either case, they’re probably light enough that you’ll want to secure the tripod when taking long exposures, like those at night.

Studio tripods are robust, heavy, and well-built. They are undoubtedly the greatest kind of tripod to use, but they are typically too heavy to carry along. Everyone requires at least one portable tripod, and yours will likely be adequate for the majority of usage in the studio and around the house. Tripods with a single leg are known as monopods. You cannot walk away from your camera while using them, but they sustain the weight of your camera and essentially eliminate any camera wobble.

FAQs about what is a tripod

What is a tripod for phone?

Smartphone tripods are three-legged platforms that can collapse to hold your smartphone camera still. The smartphone is placed on top, and various joints allow for simple rotation and movement of your mounted device. The three legs brace around a core post for optimal stability.

What is a tripod plate?

For the purpose of mounting a camera body to a tripod head, tripod plates are necessary. The three types of attachment that are most frequently used are a rapid release plate, a L bracket, and a conventional plate.

Why is a tripod used in photography?

In order to keep the camera from moving, tripods are employed in both still and motion photography. They are essential when using slow shutter speeds or extremely long focal length lenses since any camera movement while the shutter is open will result in blurry images.

A tripod is a device used to support a camera, typically in order to take long-exposure photographs. It can be used to stabilize the camera for other purposes as well. A tripod allows the photographer to take sharp pictures by eliminating camera shake.

Thank you for reading HereOfamily‘s post. We hope you enjoy reading!