Apple Watch Series 8 is the latest release from Apple, and it is packed with new features and improvements. The most notable new addition is the always-on display, which allows you to see the time and other important information without raising your wrist.

Additional new features include blood oxygen monitoring, an updated heart rate sensor, and fall detection. With all of these new features, the Apple Watch Series 8 will be a hit with consumers.

Options For Design And Size

At this time, little is known about the design of the Apple Watch Series 8, but it could resemble the Series 7 because Apple recently raised the display size on the Series 7 models, and Apple often sticks with a display size for a couple of years.

According to display analyst Ross Young, Series 8 could come in three sizes instead of two, with Apple introducing a bigger size to join the 41mm and 45mm versions.

Numerous speculations suggested that Apple was working on a revamped design with flat edges comparable to the flat sides of the iPhone 13 and iPad Pro before the Series 7, but that didn’t materialize.

Given the number of rumors that Apple was working on a design like this, it may come, but for the Series 8 rather than the Series 7.

Apple Watch With A Rugged Design

According to Bloomberg, Apple is working on an Apple Watch “with a tough case” geared at sports, hikers, and those who use the watch in more harsh settings than everyday wear.

It will have the same functionality as an Apple Watch, but it will be more impact resistant and protected. In 2023, Apple is likely to release the tough model. According to The Wall Street Journal and other sources, Apple is working on many additional health features for future watch models. Blood pressure monitoring, a thermometer for fertility and sleep tracking, sleep apnea diagnosis, and diabetes detection are available features.

Some of these features could be included in Series 8, but it’s unclear whether all sensors are ready so Apple could delay the functionality.

According to Bloomberg, there were reports that Apple would add a temperature sensor to Apple Watch in 2023, but talk about the feature has tapered down, and it’s unclear whether such a feature would make it into the Series 8.

A temperature measuring function could be helpful for fertility tracking and keeping track of sleep on this smartwatch, as well as detecting whether a user has a fever in the future.

Apple wants to employ the current blood oxygen sensor to identify sleep apnea, but obtaining many readings without depleting the battery is challenging. Apple is developing a crash detection feature for the iPhone and Watch that could be released in 2023. It will employ accelerometers and other sensors to detect car accidents by sensing a spike in gravitational force.

The iPhone or Watch will automatically dial 911 for assistance when an automobile accident is detected. This could be a feature built for the iPhone 14 models and the Series 8, although it’s not likely to be limited to those devices, given that it’s slated for 2023. It will expand the existing Apple Watch and iPhone models’ Fall Detection capability.

According to Bloomberg’s Mark Gurman, Series 8 will have “significant changes” to activity monitoring. There’s no news on what might change specifically.

Chips that are faster

The Series 8 is likely to feature a speedier system-on-a-chip, improving performance. Apple did not change the S7 chip, but the S8 chip will be upgraded.

Apple has patented several exciting technologies that could be included in future watch devices, including a biometric authentication function that verifies identity using the wearer’s skin pattern. When wearing, this feature would eliminate the need for a passcode.

Another patent envisions a self-tightening Apple Watch band that would adjust for accurate heart rate readings during intense activities like jogging or working out and then ease up afterward. Directions, workout reps, and more might all benefit from the tightening. 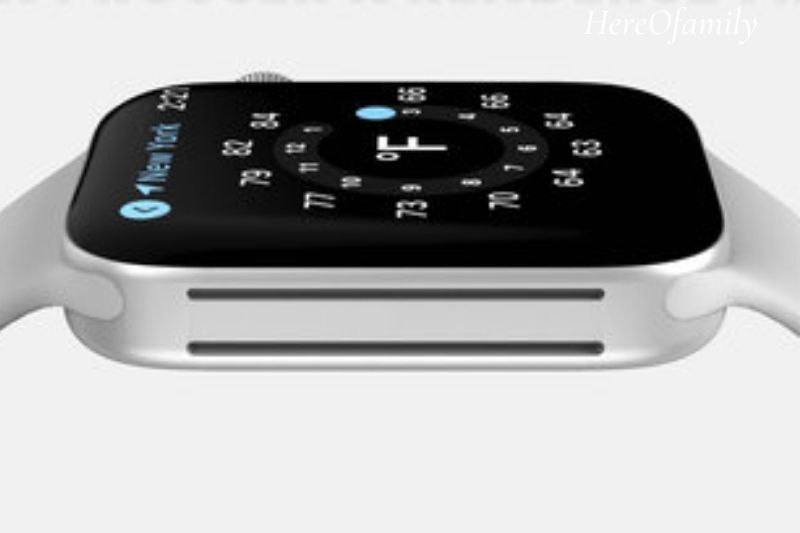 A third patent outlines an Apple Watch band with an LED indicator that can be used to visualize the progress of an activity or task, such as while finishing a workout or an Activity ring.

It could help doctors monitor the symptoms of Parkinson’s patients using sensors to keep track of tremors, according to a patent published by Apple in December 2019. They hope that by using this kind of data collection, users will better track their symptoms and schedule activities around symptom patterns.

Apple is reportedly working on Touch ID and an under-display camera for the Apple Watch, according to two patents filed in 2020. According to Apple, a side button with an integrated Touch ID fingerprint sensor might be utilized for user identification and device unlocking. It can be unlocked with a passcode or open the associated iPhone.

The patent for an under-display camera describes a two-stage display technology that incorporates a camera that is only visible from the outside when it is active. In a patent filing from 2021, Apple proposed a drastic makeover of this model, with a rounder watch face, wrap-around flexible display, and digitally adjustable watch bands.

Apple has also submitted patents for batteries, speakers, kinetic power generators, haptic feedback devices, and even cameras, which might be incorporated into the band.

There’s no word on whether or not these patented features will make their it into a future watch of Apple, but it’s fascinating to see what Apple is working on and considering behind the scenes.

If you are curious about the activity of a smartwatch, see this article: How Does A Smartwatch Work?

The Apple Watch Series 8 will be released alongside a new rugged model and a new version of the SE, available for a limited time. We don’t know what will be included in SE, but it will almost certainly have a speedier processor.

Apple is said to have a team of biomedical experts working on a method for non-invasively measuring blood glucose levels using optical sensors, which could eventually make its way into the Watch. Because it would not need puncturing the skin, such a feature would make diabetes control considerably easier.

According to speculations, Apple has been working on a blood glucose monitoring tool for years, but it is a critical health feature that would almost certainly require regulation.

According to DigiTimes, Apple is working on short wavelength infrared sensors, which might allow the Series 8 to monitor blood glucose by analyzing the quantity of sugar in the blood. According to Bloomberg, blood glucose monitoring is still many years away, and DigiTimes isn’t always the most reputable source. 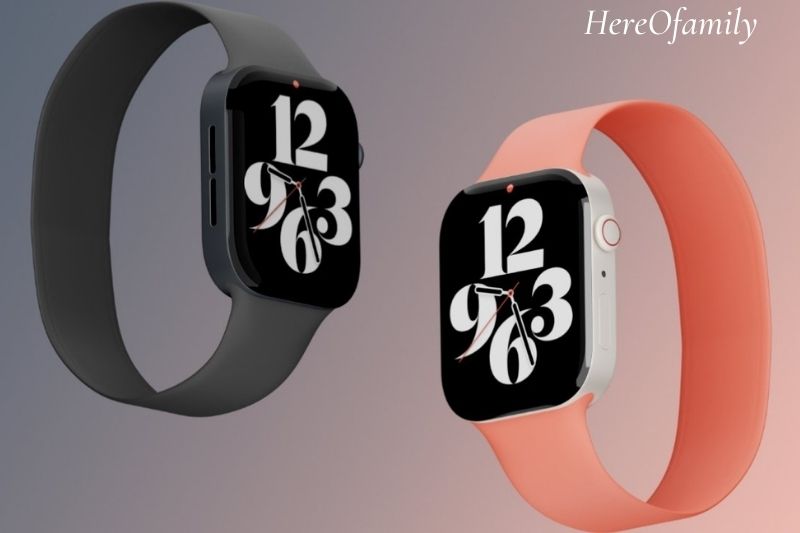 Given Apple’s collaboration with Rockley, this technology could eventually make its way into the Apple Watch, and reports imply that blood pressure monitoring features will be included at some time.

Blood pressure measures have been rumored for Series 8, but the technology isn’t available yet, and the functionality is expected to be two to three years away.

When Will The Apple Watch Series 8 Be Released?

It is routinely introduced and released in September, as it has done for quite some time. The Watch Series 8 is expected to be introduced in the second half of 2023, and the iPhone 14.

As a result, Apple Watch Series 8 is expected to debut in September 2023.

According to a study by Ming-Chi Kuo, demand for the next watch of Apple could be higher in 2023 since it would likely have new health sensors not included in the Series 7 model.

For several years, Apple has used the same pricing strategy for the Watch series. We anticipate that the price will remain unchanged this year. This suggests that the base model with a 41mm diameter Apple Watch 8 might cost $399. 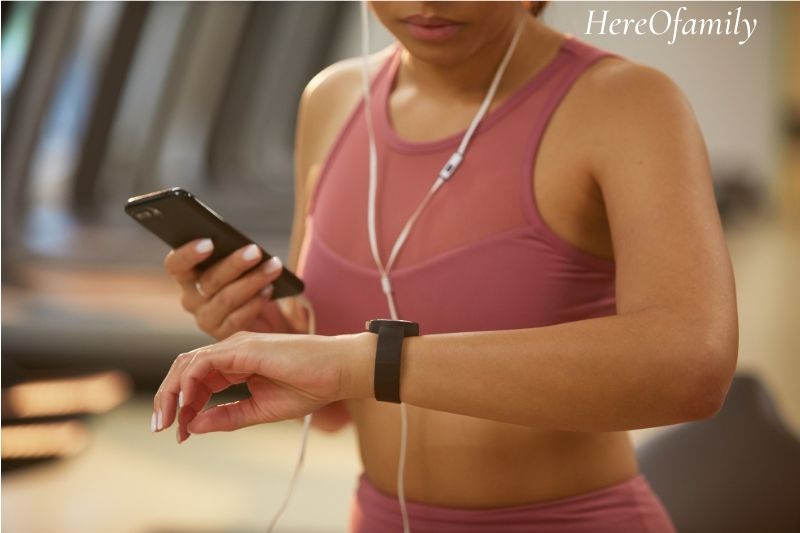 The cost of larger versions will go up. The reported third and more significant edition price will be intriguing to see. According to reports, the SE 2 will have a minor price increase. It will cost between $279 and $329 to purchase.

More information on the forthcoming watch Series 8 will become accessible as we get closer to Apple’s September launch event. We’ll keep this page updated with new information. Make sure you check in with us regularly.

Water resistance, but not waterproof, is a feature of your watch. Wear and use your watch while exercising (sweat exposure is fine), in the rain, and when washing your hands.

Is the Apple Watch 8 water-resistant?

Water resistance, but not waterproof, is a feature of your watch. Wear and use your watch while exercising (sweat exposure is fine), in the rain, and when washing your hands. 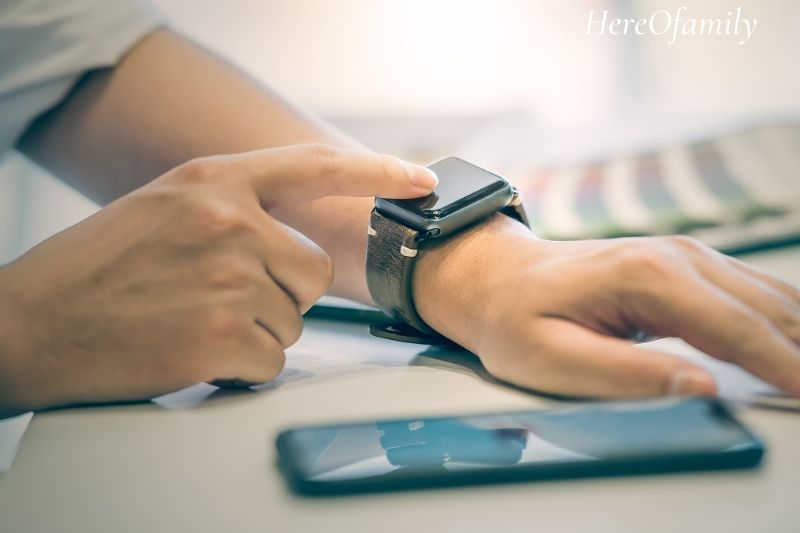 You can now measure your respiration rate throughout the night with watchOS 8, which could assist detect early indicators of medical issues such as sleep apnea and chronic lung disease. Thanks to its built-in accelerometer, it can measure the number of breaths you take each minute while sleeping.

Is it true that the Apple Watch is a medical device?

“It’s perplexing to believe that one function of a device is medical-grade, while another one that appears to be medical isn’t.” According to Grennan, the Apple Watch won’t be the last gadget to have some features cleared by the FDA and others classified as wellness tools.

Apple Watch Series 8 is Apple’s latest smartwatch and is one of the most popular wearables. The smartwatch is powerful and packed with new features that make it an excellent purchase for consumers. Overall, it is well worth the purchase price.

The new Series 8 comes with an improved design and all-new features. The smartwatch is perfect for fitness fanatics and those who want to stay connected 24/7.

HereOfamily hopes you liked the review, and don’t forget to share it on your social media.