A microphone is a device used to capture sound waves and convert them into electrical signals. It is one of the most essential pieces of equipment for recording audio, whether it is for music, broadcasting, or podcasting. However, not everyone knows how does a microphone work.

What Is a Microphone? 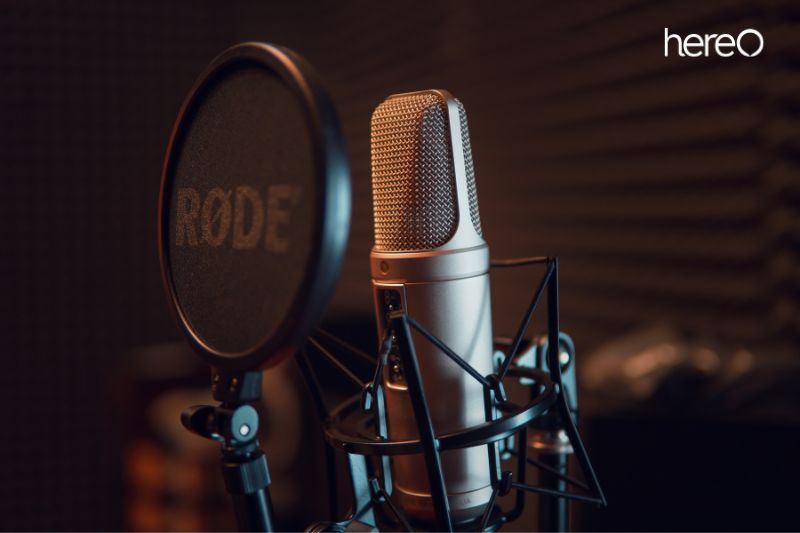 A microphone is a device that captures sound waves and converts them into electrical signals. It is an essential tool for any audio recording or broadcast, as it allows us to capture sound and make it ready for use in other applications.

There are several types of microphones available, each with its own advantages and disadvantages.

The most common application of microphones is in music recording. They can be used to capture instruments and vocals, as well as ambient sounds such as room noise. Microphones can also be used in broadcasting, allowing broadcasters to communicate with their audiences.

By understanding how a microphone works, you can make the most out of your audio recordings. Knowing the different types of microphones and their advantages and disadvantages will help you make the best choice for your needs.

How Does a Microphone Work? A microphone is an essential component of any audio system as it is used to capture sound. The way a microphone works is quite simple, but also quite ingenious.

The first step is for sound waves to be converted into electrical signals. This is done by the microphone having a diaphragm, which vibrates when sound waves hit it. When the diaphragm vibrates, the attached magnet moves and this generates an electrical current.

This electrical current is then sent to an amplifier, which increases its power and sends it out to a speaker. This process is used in a variety of applications, such as recording, broadcasting, and sound reinforcement.

In summary, a microphone works by converting sound waves into electrical signals. It does this by using a diaphragm that vibrates when sound waves hit it, causing the attached magnet to move and generating an electrical current.

This current is then sent to an amplifier, which increases its power and sends it out to a speaker. This process is used in a variety of different applications where sound needs to be captured. 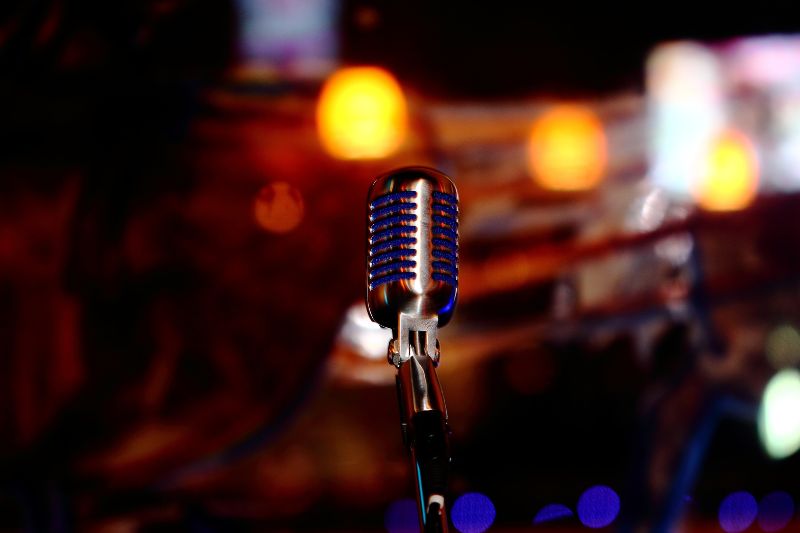 The three main types of microphones are dynamic, condenser, and ribbon microphones. Each type has its own unique characteristics and benefits, so it is important to understand which type is best for your particular situation.

Dynamic microphones are the most common type used today and are often seen in live concerts or on stage performances. They utilize an electromagnet to convert sound waves into electrical signals.

Dynamic microphones are a great option when you need to capture higher volumes of sound, as they can handle high sound pressure levels with ease.

Condenser microphones are more sensitive than dynamic microphones and are often used for recording studios or other situations where very accurate recordings are needed.

The sensitivity of condenser microphones makes them ideal for capturing subtle nuances of sound.

Ribbon microphones are the oldest type of microphone and use a thin metal ribbon suspended between two magnets to convert sound waves into electrical signals.

Ribbon microphones are known for providing a warm, smooth sound with plenty of detail. They are often used for capturing acoustic instruments or vocals.

Depending on your needs, each type of microphone can be a great option. Understanding the unique characteristics and benefits of each type will help you make an informed decision and get the most out of your microphone.

How Do Wireless Microphones Work? 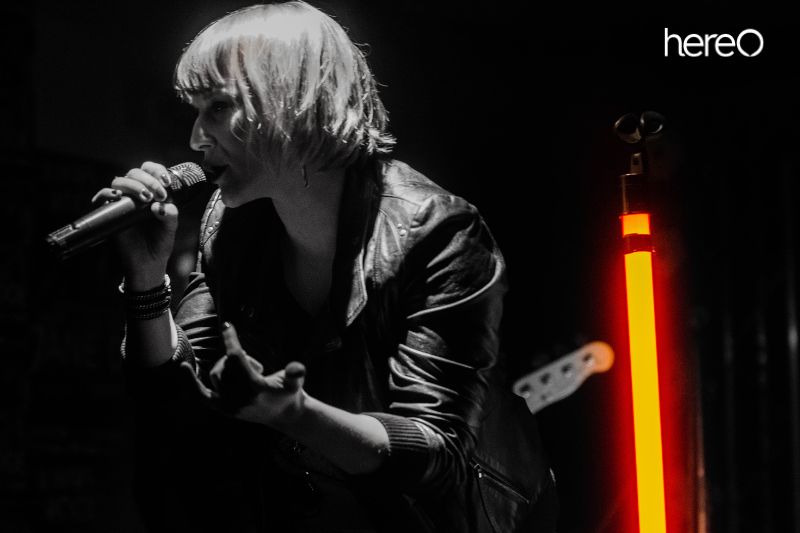 What’s the Difference Between Cable and Wireless Microphones

Most people think of microphones with cords as being an easy concept. A cable is used to transmit the electrical audio signal created from the sound to a mixer or sound system.

However, sound from wireless microphones travels through air. In order to achieve this, they transform the audio into radio-frequency (RF) energy and transport it from the microphone’s transmitter to its receiver, which then transforms the signal back into audio and sends it into a mixer.

Technically speaking, a wireless microphone that has a transmitter is a miniature radio station, and a receiver is a radio that can be set to the transmitter’s precise frequency.

How Do Wireless Microphones Work

Wireless microphones are becoming increasingly popular as they offer a great deal of flexibility and convenience. Unlike traditional wired microphones, wireless microphones send sound waves through the air using radio frequency (RF) technology rather than through a physical connection.

This allows audio signals to travel over long distances without interference, making them ideal for use in situations where cables would be difficult or impractical to use, such as on stage or in outdoor settings.

The first step in understanding how wireless microphones work is to understand the process of sending and receiving the signal.

The microphone itself contains a transmitter which sends out a radio signal using RF waves. This signal is then received by a receiver, which converts it into an audio signal suitable for other equipment such as amplifiers and speakers.

The range of the wireless microphone depends on the type of RF technology used. For instance, some systems can reach up to 900 feet, while others have a maximum range of just 30 feet. It’s important to keep this in mind when selecting a system for your particular needs.

To minimize this risk, many systems use frequency hopping technology which rapidly switches frequencies

What is Wireless Microphone Frequency 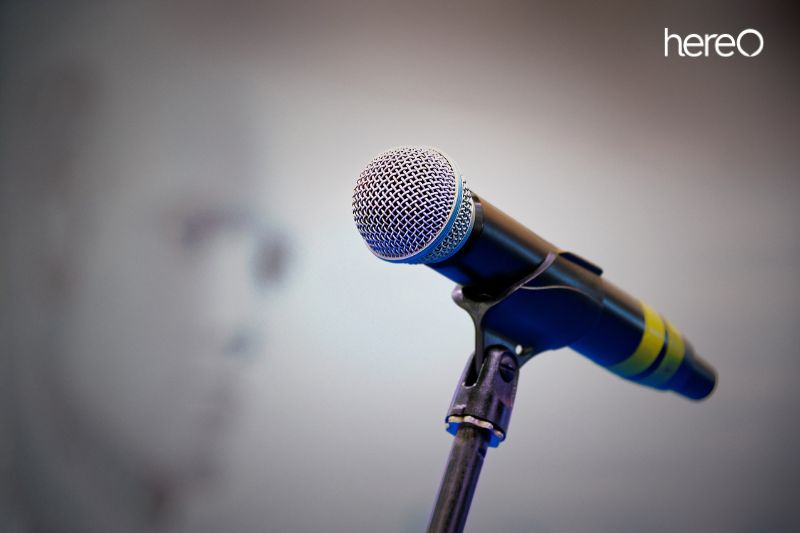 Wireless microphones use radio frequencies to transmit audio signals without the need for wires. The frequency of the signal is a vital factor in the range, clarity, and reliability of the signal.

VHF has a greater range than UHF but has poorer sound quality. This makes it less prone to interference, but also means that it may not provide the highest quality sound.

On the other hand, UHF has better sound quality than VHF but has a shorter range. Therefore, it may be more susceptible to interference from other signals.

When choosing a wireless microphone, it is important to understand the different frequency bands available and to choose the right one for your application in order to get the best possible performance from your microphone.

The frequency band you choose will depend on the range, sound quality, and potential for interference that you require.

Benefit and Drawback of Wireless Microphones

FAQs about How Does a Microphone Work 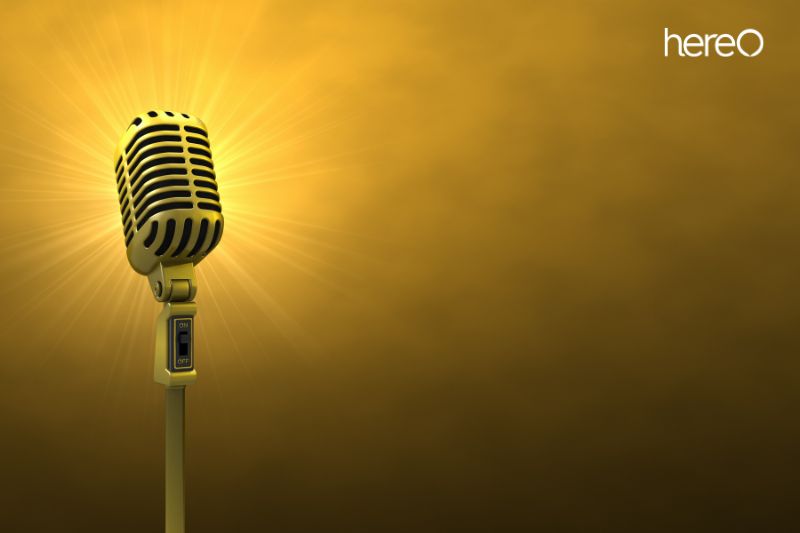 Is a microphone an input or output device?

A microphone is a type of input device used to record sound in digital form. The microphone can be used for a variety of tasks, including mixing music or adding sound to a multimedia presentation.

How does a microphone work as an input device?

A microphone is regarded as an input device since it transmits data to a computer. For instance, when a voice is recorded using a microphone, the audio is transmitted to the computer and saved on the hard disk of the device.

What is the thing in front of a mic called?

Usually employed in a recording studio, a pop filter, pop shield, or pop screen is a noise-canceling filter for microphones. It serves to lessen or completely remove popping noises that are brought on by the mechanical impact of quickly moving air from plosives on the microphone during recorded speech and singing.

What is the top of a mic called?

The protective layer that resembles a mesh that surrounds a microphone’s capsule is known as a grille (or “grill”). While still allowing sound to enter the mic capsule properly, grilles offer varied degrees of protection against physical harm, plosive gusts of air, and wetness.

What is the simplest type of microphone?

Carbon dust is used in the earliest and most basic microphones. The original telephones were made using this technique, and some telephones still do. On one side, the carbon dust has a thin metal or plastic diaphragm.

Having a basic understanding of how a microphone works is essential for any aspiring audio engineer, musician, or podcaster. Learning the basics of microphone technology not only allows you to use them more effectively, but it also helps in making informed decisions when purchasing one.