If you’re considering purchasing a smartwatch, you may be wondering how much does a smartwatch cost. Smartwatches can range from around $100 to $500 or more, depending on the features and brand. However, many people find that the investment is worth it, as a smartwatch can greatly enhance your daily life.

How Much Does a Smartwatch Cost?

The iTOUCH Wearable is the way to go if you want a high-quality smartwatch at a reasonable price. These are the cheapest smartwatches on the market, ranging from $40 to $100. It doesn’t get much better than that, and it’s an excellent choice if you’re on the fence about purchasing one. 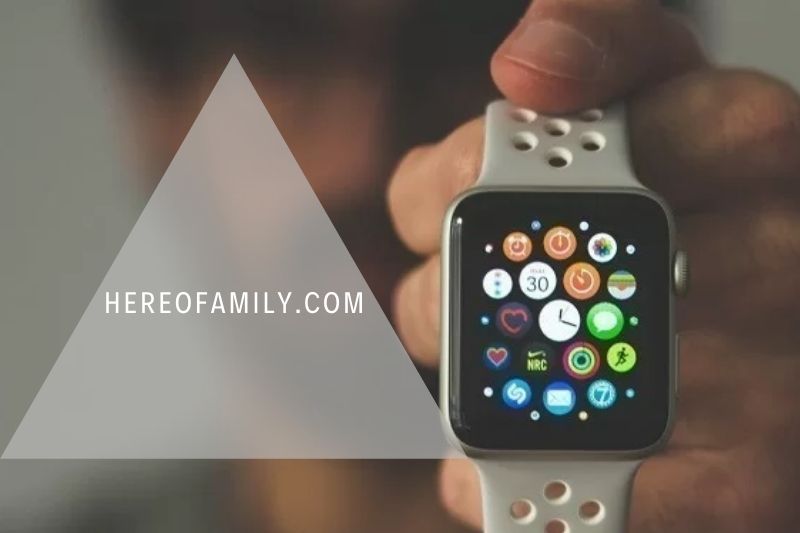 The feature-rich Apple Watch 6 has a few important advancements over last year’s Series 5 model, including a new blood oxygen sensor (with accompanying app) and a brand new S6 dual-core processor that Apple says is 20% quicker than last year’s model. Aside from these significant improvements, the always-on display is back.

Still, it’s been significantly enhanced with some cool new notification features that enable you to engage without completely waking up the watch.

With both new Apple Watches, you’ll also receive the updated watchOS 7, including a few new fitness features and a special family sharing app that monitors actions across groups.

New significant features include the updated watchOS 7, which will allow this device to access many of the new updates available on the more costly Series 6, but at a lower price point. Internally, you get the same altimeter, gyroscope, and accelerometer as the Series 6 – adequate for all major fitness applications – but you don’t get the revolutionary new blood oxygen sensor.

Overall, this watch is less flashy than the nicer Series 6. Still, since you’re getting approximately the same amount of power as the Series 5 at a lower price with the new watchOS 7 – it’s an amazing bargain and one of our favorite Apple Watch buys.

The Apple Watch 3 is currently the most affordable model in the current Apple Watch lineup, offering exceptional value for money. It appears similar to Series 5 and practically identical to its predecessor. Still, its screen is brighter, its CPU is 70% quicker, and its wireless chip is 50% more energy efficient than the Series 2. It is available in 38mm and 42mm variants with 1.5-inch and 1.65-inch OLED displays.

The Series 3 is still very much in play, but there are many other smartwatch deals these days that offer a significantly lower price.

The iTouch Curve moves up the ladder, having the same pricing but a more stylish design. In one smartwatch, you’ll get current functionality and beautiful vintage aesthetics. The new round touchscreen wristwatch keeps you informed by delivering calls, texts and alerts right to your wrist. You’ll also look good with customized watch faces in various case colors and bands. It’s a tiny fee to pay to customize your smartwatch.

It’s hard to believe that you can get the original smartwatch for such a low price. The iTOUCH Smartwatch is intended for today’s connected life and has you covered in almost every circumstance. Keep track of your health by measuring steps, calories, distance, and sleep, or keep essential tools and reminders at work. With a camera and a music remote, you can spend more time relaxing and will quickly forget about your smartphone.

Then there’s the best-selling iTOUCH Air 2 for the same price. It doesn’t get much better than this: an even more stylish design at a reasonable price. There is no need for several gadgets since this is both a wristwatch and a fitness activity tracker in one. While calculating calories, check your messages or make a phone call.

For an additional $10, you can buy a slimmer, squarer, and lighter style to wear around your wrist. The iTOUCH Air, which is still reasonably priced for a smartwatch, offers more features and capabilities than the previous models. It comes with two different case sizes and an interchangeable strap, so you can wear it in any way you choose. You may also check your emails, locate your phone or lost smartwatch, transfer your contact information, and glance at the daily weather forecast.

The Samsung Galaxy Watch 3 is the company’s most recent Tizen smartwatch to enter the market. The redesigned 2020 wearable has an enhanced rotating bezel and a smaller, more elegant overall design. You receive identical fitness features as the Samsung Galaxy Watch Active 2, but you get 8GB of storage instead of 4GB. That’s a significant advantage if you want to save music straight on your wrist.

The current iteration effectively polishes what the more fitness-focused smartwatches provide, adds a few fancy features, and wraps it in a more appealing casing. That implies you may pay a lot less than the $399 asking price for the smallest model. The Active 2, for example, sees frequent smartwatch discounts for approximately $249.99, which is a far more reasonable price if you’re seeking fitness capabilities rather than fashion-forward wrist candy.

The Active 2, which debuted only six months after the first Galaxy Watch Active, was never a huge leap forward — but it is better than its predecessor. It didn’t restore the rotating bezel that the original Active lacked, but it did add a software alternative: you glide your finger around the screen’s edge.

The Samsung Galaxy Active 2 adds an ECG to the array of sensors and a second, slightly larger 44mm version for wider wrists. It’s a progression rather than a revolution of the original design, but it’s the better of the two Active versions at a slightly higher smart watch price.

The Samsung Galaxy Watch Active is a smaller, less expensive, and a more fitness-focused variant of the Galaxy Watch. It lacks the rotating bezel of its larger sibling and lacks a speaker. Thus it cannot be used for phone conversations or audio alerts.

Consider it a super-powered fitness band or a more affordable version of its more powerful sibling: it still has a good battery life and a nice operating system. Still, it isn’t quite as powerful as the fully-featured Galaxy Watch or the newer Galaxy Watch Active 2, and the lack of that larger case and rotating bezel makes it more gym-friendly but a little more fiddly.

If you’re not concerned with anything too technical in your fitness monitoring, this model is ideal since it’s frequently available in smartwatch offers for about $149. However, the next model up may have features worth the additional $100.

What To Know Before Buying A Smartwatch Let’s start with the basics: When shopping for a smartwatch, three factors should be considered: compatibility, pricing, and battery life. Today’s popular smartwatches connect to a smartphone, so you’ll need to locate one that works with your operating system.

The smartwatch OS will also determine the kind and amount of on-watch applications available to you. However, many of them aren’t helpful. Thus this feature isn’t high on our list of must-haves.

Battery life is still one of the most common concerns regarding smartwatches, although progress has been made lately. Apple Watches and other Wear OS devices have a battery life of two days.

Watches powered by the Snapdragon Wear 3100 chipset enable extended battery modes, which allegedly allow you to go up to five days on a single charge, provided you’re prepared to disable everything except the time display.

The next-generation Wear 4100 chipset from Qualcomm was revealed, but we have yet to see the first smartwatches powered by it. Other gadgets may last five to seven days on a single charge, but they often have fewer functions and lower-quality screens, while certain fitness watches can last weeks on a single charge.

Some smartwatches now offer quicker charging as well. Apple, for example, claims that the Series 6 can charge from zero to 80 percent in half an hour and reach full charge in 90 minutes. The latest OnePlus Watch is even faster, charging from zero to 43 percent in only 10 minutes (albeit this turned out to be one of the wearable’s few positive aspects).

What To Look For In A Smartwatch

People buy smartwatches for a variety of reasons, including activity tracking. An all-purpose wristwatch should track your steps, calories, and exercises, and the majority of today’s wearables also have a heart rate monitor.

Many smartwatches also have GPS, which may be handy for charting runs and bike trips. Swimmers will want something resistant to water, and happily, most all-purpose gadgets can now take at least a dip in the pool. Some smartwatches, such as those made by Garmin, are more fitness-focused than others, with heart-rate variability monitoring, recovery time calculation, auto-exercise recognition, integrated maps, etc.

Health monitoring has gotten more sophisticated on most smartwatches over the last several years. Apple and Fitbit devices can assess blood oxygen levels, and the Apple Watch can even record ECGs. However, the lower the wristwatch price, the less likely it is to contain complex health monitoring functions like those – if gathering that data is essential to you. You’ll have to pay for it.

Your watch can not only monitor your morning runs, but it can also play your favorite running music. Many smartwatches allow you to keep your music locally, attaching wireless headphones and listening to music without carrying your phone with you.

Those that don’t have internal audio storage frequently include on-watch music controls, allowing you to adjust playing without pulling out your phone. And if your watch supports LTE, you won’t need to save music locally since you’ll be able to stream music straight from the watch to your linked headphones.

Many smartwatches have NFC, allowing you to pay for items without pulling out your wallet. After storing your credit or debit card information, you may use your wristwatch to pay for a cup of coffee on your way home after a run by holding it up to an NFC scanner.

What Makes A Good Smartwatch Price?

The cost of a decent smartwatch is determined by the features you want. Fitness trackers with basic calorie and heart rate monitoring may be purchased for under $100 / £100. However, more premium features such as specialized or multiple GPS services and integrated training will cost more.

If you want to utilize your wristwatch as a digital companion to your phone, you’ll need to look further up the scale. A smartwatch pricing that contains capabilities like smartphone alerts and call functionalities will be somewhat cheaper, and these choices will often sit on more quality fitness trackers than cheap smartwatches.

The Fitbit Versa 2, for example, costs between $150 and $200 and has these functions. If you want NFC payment functionality, virtual assistant integration, and music playback controls, you may have to spend a little higher wristwatch price.

Which is the cheapest smartwatch?

The following are the best affordable smartwatches available today:

Do I need a smartwatch?

Smartwatches allow users to access alerts with a simple turn of the wrist. This is perfect if you often find yourself in circumstances where you cannot use a phone. It’s also handy if you need to keep up with breaking news. However, most individuals do not want or desire frequent access to updates.

How long do smartwatches last?

Unfortunately, the typical lifetime of a well-made smartwatch is just two or three years. You may be able to get five years out of an Apple Watch or a similar Samsung, but even that is stretching it.

Can you text on a smartwatch?

The Samsung Galaxy Watch Active2 features the finest messaging capabilities for Android users at a reasonable price. Users may react to text messages by dictating a message, utilizing text templates, or handwriting-to-text. It’s also simple to react to communications with an emoji by choosing the emoji option.