A Fitbit is a wearable device that tracks your fitness and activity data. It syncs with your smartphone and computer to give you real-time feedback on your progress.

There are many different models of Fitbit, each with its own set of features. Here’s a quick guide on how to use Fitbit to get the most out of it.

How To Set Up Your Fitbit

How to set up your new Fitbit device

The Fitbit Sense is a high-end smartwatch that offers a wide range of features. It can keep up with top smartwatches in the market. The Fitbit Versa 3 offers a similar experience at a more affordable price.

Trackers such as the Charge 5, Luxe, and Inspire 2 offer top-of-the-line devices with different user needs. Fitbit offers something for everyone. Fitbit doesn’t care which device you use; it just wants users to move. So, a simple setup is essential.

Fitbit’s app is clean and well-organized. The devices are intuitive too. The process of pairing your device and charging it up is easy. Just follow these instructions, and you will be tracking steps and goals in no time.

How to turn your fitness tracker on and off

There’s a good possibility that your Fitbit device won’t turn off if you don’t know-how. Some Fitbit devices won’t turn off at all. Many of them charge when fully charged, so don’t worry if it doesn’t. The Fitbit Sense, Versa and Versa are the devices that turn off. 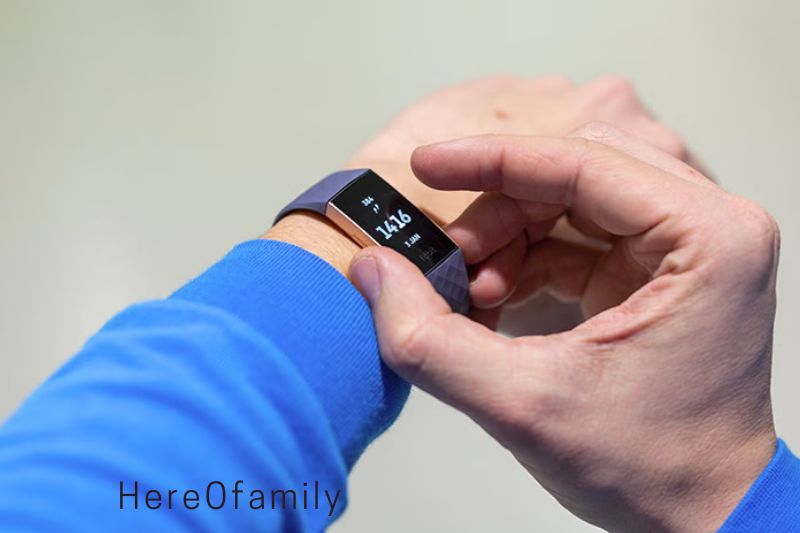 How to pair your Fitbit

You will need to pair your Fitbit with a smartphone to get started. Download the Fitbit App. The app is available in the Apple App Store for iPhones and iPads. Download the app from Google Play Store for Android phones.

After you have downloaded the Fitbit app, open it on your phone. Log in with your existing Fitbit credentials if you have one. To create a Fitbit account, click Join Fitbit.

How to sync Fitbit

When you link your Fitbit account to your device, the Fitbit app will automatically sync with your tracker every few minutes to update your stats. To force a sync, click on the home screen of the Fitbit App.

How to update Fitbit

No matter how long it has been since you first set up your Fitbit, keep it updated. This will allow your Fitbit to maximize its resources and prevent bugs. Before you begin, ensure that the latest version is installed on your tablet or phone. Follow the steps below to update your device.

Open the Fitbit app with your Fitbit device nearby and tap the Today tab. Tap on the Account icon and then tap the device image.

You will see a pink Update button if an update is available. Follow the prompts on the screen to start the update. Keep your Fitbit close by your phone, tablet or computer while you do this.

How to Factory Reset your Fitbit Sense 3, Versa 3, Charge 5 Luxe and Inspire 2

Clear your data before you give your Fitbit device away. It is necessary and straightforward to reset your Fitbit’s factory settings.

How to reset your Fitbit Sense and Fitbit Versa 3

How to reset your Fitbit charge 5 or Luxe

How to reset your Fitbit inspire 2 How to reset your Fitbit Sense 3, Versa 3, Charge 5 Luxe, or Inspire 2

You can reset Fitbit devices from your wrist if your device isn’t able to sync or you have trouble tracking your stats. You may have to force the device to restart if it is not responding. None of these operations will erase any data. You can follow the instructions below to find out what you can do for your device.

How to reset your Fitbit Sense and Versa 3

Connect your device to the charging cable if it is not responding. Then, press and hold the button for 10 seconds until you see the Fitbit logo. Release the button.

How to reset your Fitbit Charge 5 and Luxe

Open the Settings app and tap Restart Device. Next, confirm your selection by tapping Restart.

Connect your device to the charging cable if it is not responding. Find the button at the flat end and press it three times, stopping briefly between each. Wait 10 seconds until the Fitbit logo appears.

How to reset your Fitbit Inspire 2

Connect your device to the charging cable if it is not responding. Hold the button on your tracker for five seconds, then release. When your tracker vibrates and your screen displays a smiling face, you will know it has restarted.

How to Charge your Fitbit Sense Versa 3, Charge 5 Luxe, or Inspire 2

While most Fitbits offer impressive battery life statistics, you will need to plug it in at some point. For some features, such as updating or installing apps, your Fitbit may need to be charged. To keep your Fitbit running, follow the steps for your specific device.

How to charge your Sense, Luxe, Versa 3, or Charge 5

Connect your charging cable to a UL-certified USB wall adapter or the USB port of your computer.

How to charge your Fitbit inspire 2

Connect your charging cable to a UL-certified USB wall adapter or the USB port of your computer. 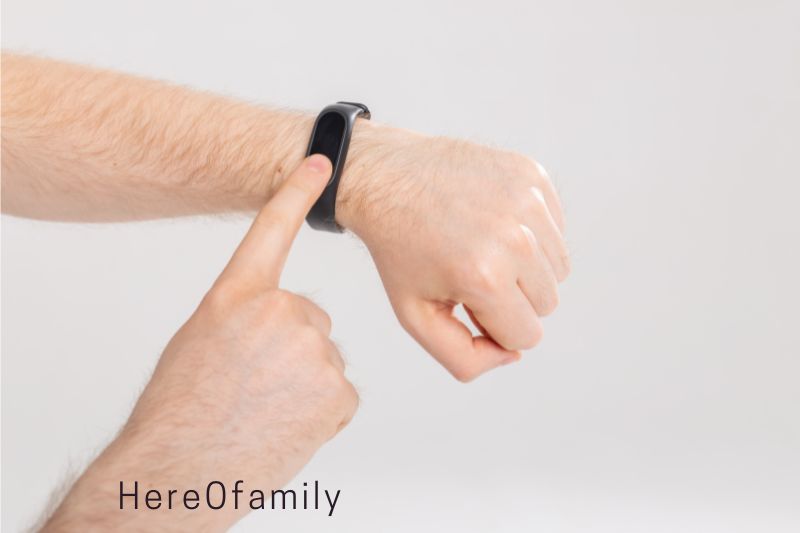 How To Personalize Fitbit Sense, Charge 5, Luxe and Inspire 2

Personalizing your smartwatch/tracker will allow you to get the most out of it. After setting up your basic settings, you can give your Fitbit your personal touch. You can personalize your Fitbit with customizable features, whether a replacement band or a new face.

How to charge your Sense, Luxe, Versa 3, or Charge 5

You can change the default watch face to make your Fitbit more interesting. There are many customization options available for each device. To create a Fitbit face that suits you, explore the various options on the Fitbit model.

How to change your clock face

You can save up to five faces on your Fitbit Versa 3 or Fitbit Sense 3. You can switch between them. Open the Clocks app to browse saved clock faces and tap to choose one. The available faces can be accessed quickly by pressing and holding the current clock face.

Tap the saved clock face you wish to switch to, then click Select. You can customize some faces by scrolling down or tapping Settings. Tap the clock face you don’t want and scroll down to tap Remove clock face. 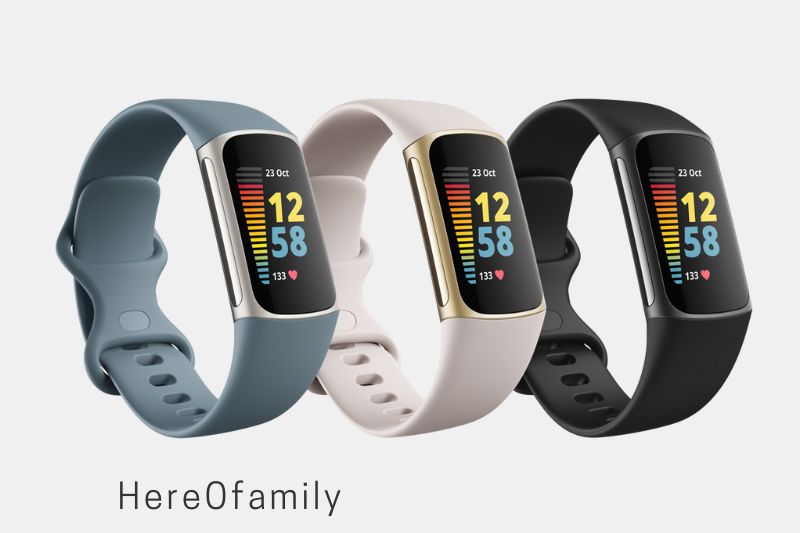 How to change the bands on your Fitbit Versa 3, Charge 5 or Luxe

Another quick and easy way of giving your Fitbit a personality is to change the band. Many styles and materials are available, from classic silicone to trendy, woven prints. Each style has its advantages.

How to change bands on your Fitbit Sense, Versa 3, Charge 5, or Luxe

How to change the bands on your Inspire 2

How to change the time on a Fitbit

Connect your Fitbit to your smartphone or computer via the Fitbit App. The time displayed on your Fitbit must match the time on your mobile device or computer. If you see the wrong time:

You can manually sync your tracker with your phone.

Make sure your tracker has the latest firmware.

Choose the correct time zone in the Fitbit.com dashboard. Log in to Fitbit.com and click on the gear icon at the top-right corner. Scroll to the bottom of settings and change the time zone. Click the Fitbit Connect icon next to the date and time and select sync immediately’.

How To Add Apps On The Fitbit Sense & Versa 3

The Fitbit Versa 3 and Fitbit Sense will come preloaded with some apps, but many more can make your device a more helpful tool. Although the app selection may be a little limited compared to Apple Watch and Wear OS, it is worth looking for apps to improve your user experience. 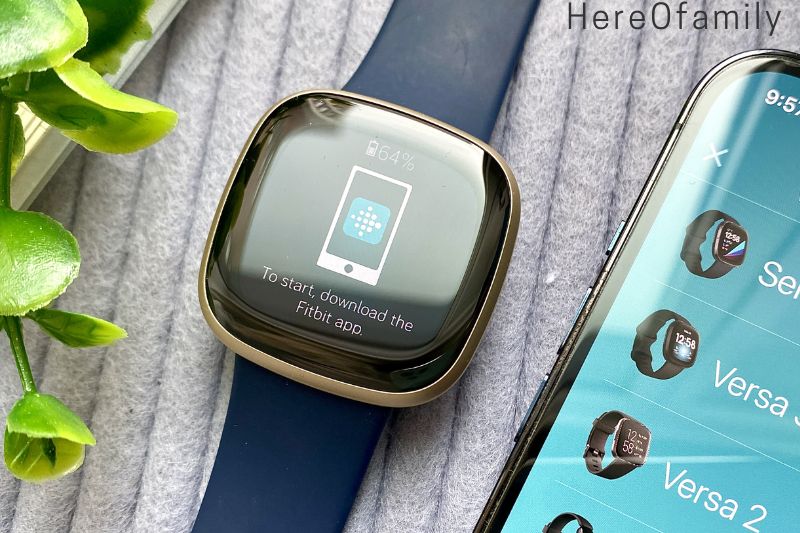 A solid playlist is the best thing. It can help you keep your motivation high by playing your favorite song or a good beat. Fitbit devices such as the Versa 3 and Sense 3 have music storage.

These devices can be used with Spotify, Deezer, Pandora, and Spotify. They also can store local music files. Spotify doesn’t offer offline listening. Follow these steps to download your favorite music app. Or, you can listen to your music files using the Fitbit Music app. Fitbit.com/setup allows you to add local music files on your device. Follow the instructions below once you have completed the installation.

How To Use The Fitbit’s Health, Fitness And Sleep Tracking Features

Activity tracking: All Fitbit devices track steps, active zone minutes, and other stats. The Fitbit app allows you to manage your activity goals, settings, and notifications. Sleep: All Fitbit devices automatically track and detect sleep when worn to bed. To check your Fitbit’s sleep stats, you can sync your Fitbit in the morning. Users can enable snore or noise detection on the Fitbit Sense 3 and Versa 3. The Fitbit app allows you to set up a sleep schedule and goal and manage your bedtime reminders.

Calorie and food tracking: Log your food intake manually each day to track calories, and help you reach your weight goals. Create a Daily Calorie goal in the Fitbit App to stay on track. This location also allows you to set a water, weight, or body fat percentage goal.

If you are considering about suitable Fitbit for your exercises goal, read this guide: Best Fitbit Smartwatch 2022

You can experience a spy-like lifestyle by using the calling features on selected Fitbit smartwatches.

With a Fitbit Sense, Fitbit Versa or Fitbit Sense, you can make phone calls directly from your wrist using your device’s microphone and speaker.

Follow the below steps to set up call features. Keep your Fitbit Versa or Fitbit Sense nearby and the Fitbit app open in the background. After completing the setup, tap the green phone icon to accept calls.

Your Fitbit Charge 5 allows you to accept and reject calls

If your Charge 5 is paired with an iPhone, Android 8 or later phone, you can accept or deny incoming calls. You can’t reject calls from older Android versions. Messaging on your Fitbit device

Devices paired with Android phones can send and receive text messages and notifications using selected apps. This feature requires that your Android phone be nearby, and the Fitbit app must be running in the background.

How To Use Your Fitbit To Make Digital Payments 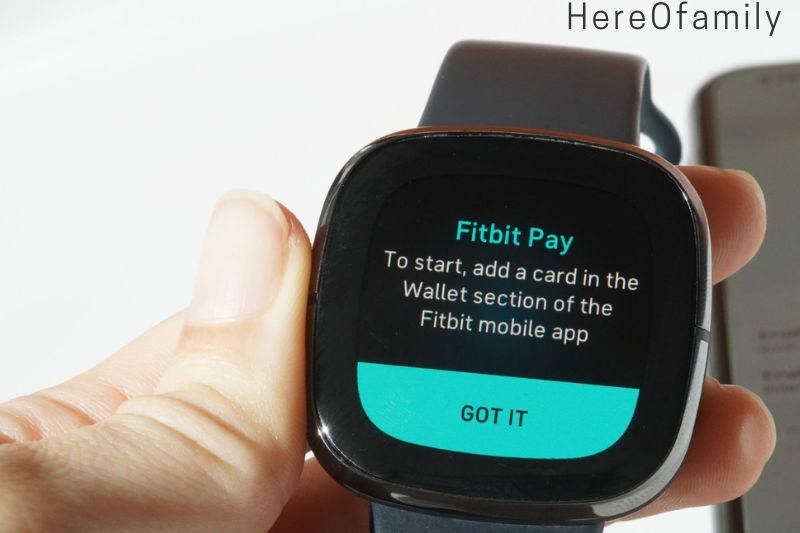 How to set Fitbit Pay up on the Fitbit Sense 3, Versa 3 and Charge 5

You can make a pit stop mid-run without taking your wallet. Fitbit Pay allows you to load a debit or credit card directly onto your device and then make purchases. Digital payments are an easy way to have funds always on hand.

Follow the steps below to set them up on your Fitbit. Fitbit Pay is supported by Fitbit Sense, Versa 3, and Charge 5. Many older Fitbit devices also support Fitbit Pay.

How do I operate my Fitbit?

Is it possible to use the Fitbit app without the app? 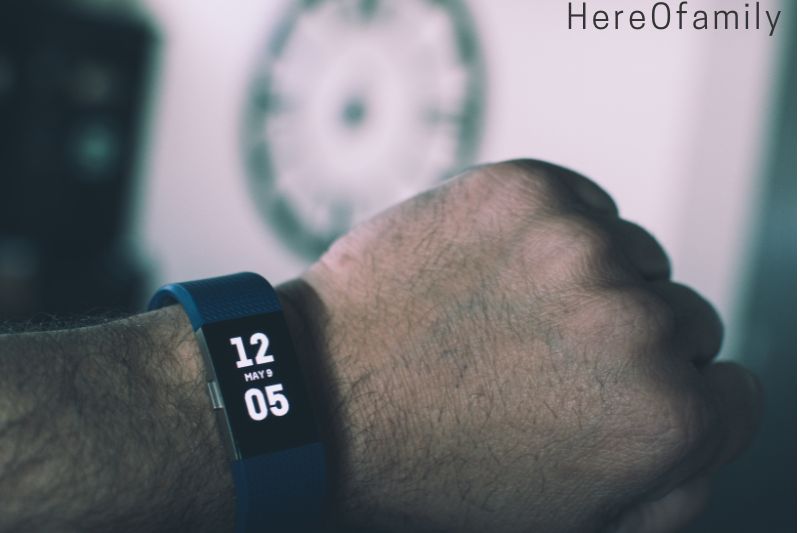 How can I activate my Fitbit?

Do I need to wear Fitbit in the shower?

Although it is possible to shower with water-resistant devices, you should not do so. This can reduce the risk of skin irritation and long-term damage to your device. Our devices are not recommended to be worn in hot tubs or saunas.

As you can see, setting up a Fitbit is quite simple. All you need to do is sync your Fitbit to your smartphone or computer and start tracking your steps!

Thank you for reading. HereOfamily hopes you have a better understanding of how to use a Fitbit. If you have any questions or suggestions, please don’t hesitate to leave a comment below.